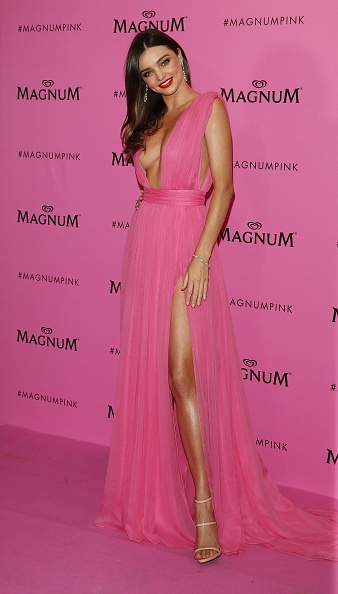 After targeting many stars on the Red carpet, including Kim Kardashian and Kayne West, Sediuk decided that his next target would be model Miranda Kerr, according to Yahoo News.

Sediuk was reportedly seen kissing Kerr on the cheek as she was walking down the Red carpet. The mother of four-year-old Flynn Bloom reportedly remained calm and walked away from the scene.

Kerr wasn’t the only one that was targeted by the Ukrainian media personality. Vogue Editor-in-Chief Anna Wintour also encountered Sediuk during the Chanel show in Paris on October 5, according to Us Magazine.

Sediuk was reportedly seen giving Wintour “bunny ears” before being rushed away by her bodyguards.

Sediuk has reportedly previously crawled underneath America Ferrara’s skirt and received assault charges from Brad Pitt. That clearly hasn’t stopped him from being a nuisance at media events.

What may have previously been seen as a joke has become a serious issue.

“People thought it was funny when he streaked at New York Fashion Week, but this was something beyond entertainment reporting. He’s gone too far,” Sediuk’s former publicist, Christa Scherck, told PEOPLE.

“Vitalii’s behavior and antics have become increasingly disturbing. It’s apparent he has real issues that need to be dealt with.”