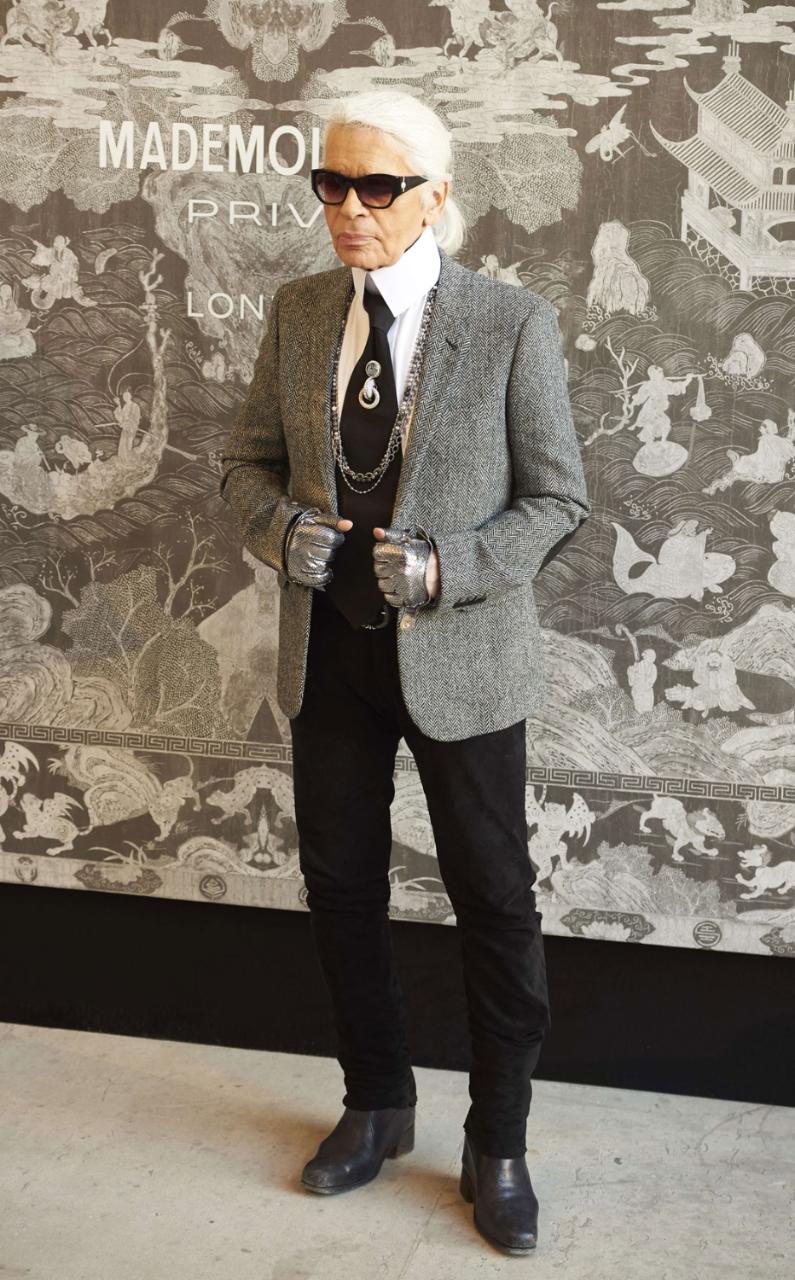 Karl Lagerfeld’s exhaustive efforts in the fashion will be recognized on November 23 when the German designer picks up the prestigious Outstanding Achievement Award at the British Fashion Awards.

Lagerfeld, 82, is best known for his work at Chanel, where he has held the position of creative director for over thirty years. Additionally, he helms his own eponymous brand and also Italian fashion house Fendi, for whom he has worked in various capacities for some 50 years.

“Karl Lagerfeld defines outstanding. He is the champion of excellence, the master of the exceptional and one of the most iconic figures globally from our industry,” said Natalie Massenet, chairman of the British Fashion Council. “His life’s work for his own and so many extraordinary brands has written the language of fashion. He is the ultimate visionary and we celebrate not only the decades already passed but those yet to happen. In Karl’s hands the future of fashion will be an exceptional one.”

As well as the world’s most famous designer, Lagerfeld is an accomplished photographer, often shooting the campaigns for the three brands he heads up.

The epic pace at which he works – for Chanel alone he designs seven collections annually (two ready-to-wear, two haute couture, one pre-fall, one resort and one Metiers d’Art) – has often been commented on. He recently revealed that scientists had asked if they could test his DNAbecause they believe he is “not normal”.

“But I flatly refused. Unique pieces are unique pieces,” he told Vogue. “But I think very flattering, huh? And also I was asked for skincare for men because they think I am remade. But I am not remade. I am all fake but not remade.”

Previous recipients of the award include Anna Wintour and Manolo Blahnik. The event, held at the London Coliseum, will also see Victoria Beckham fight it out with J.W. Anderson and Christopher Kane to win the night’s top award, Womenswear Designer of the Year.