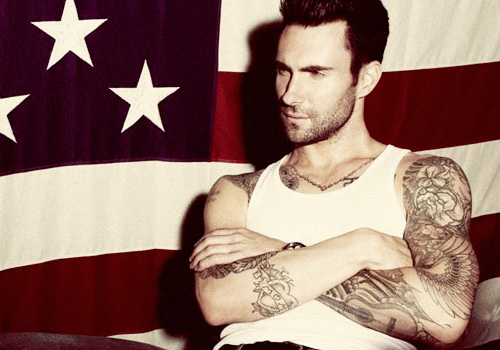 Luke Bryan –
Luke Bryan has become every girl’s favorite country boy.  Extremely hot, and talented to boot, Bryan began his musical career as a songwriter.  Catching the attention of Capitol Records in Nashville, he soon started gaining his own fan base when he signed and released his debut studio album, I’ll Stay Me.  Fast-forwarding to 2014 this cute crooner is promoting his fourth album to date, Crash My Party, which includes his number one single, and tribute to his late siblings, “Drink a Beer”, proving Bryan is a smooth talker with a heart of gold. Justin Timberlake –
Last year was a very successful one for pop music’s sexiest man.  Releasing two albums in the same year,The 20/20 Experience and The 20/20 Experience – 2 of 2, and gaining a production and writing credit on Beyoncé’s latest surprise album release, Timberlake showed he still has plenty of solid material to bring to the table.  Having recently snagged three Grammy Awards for “Best R&B song”, “Best Music Video” and “Best Rap/Sung Collaboration”, it seems as though Mr. Timberlake is not slowing down anytime soon and, as long as he keeps wearing those suits, we are just fine with that. Drake –
Canadian rapper and recording artist, Drake, makes our top twelve for not only his catchy music and infectious smile, but for his drive.  Having grown up in front of the world on the teen hit Degrassi: The Next Generation, Drake saw his opportunity in the spotlight and released several mix tapes that caught the attention of Lil Wayne, giving him his big break in music.  Now, with 5 million albums sold worldwide, Drake continues to break down walls and look for new opportunities to display his songwriting, acting and musical talents.  Having just come of his “Would You Like A Tour” national tour, he made his debut hosting appearance on Saturday Night Live in January to rave reviews.  I guess when you coin the phrase, “YOLO” (you only live once), you take it seriously. Adam Lambert –
Singer-songwriter and actor Adam Lambert is making serious waves in the industry.  After his stint ended on American Idol, Lambert went on to sign with RCA Records and release his first studio album, For Your Entertainment, which debuted at number three on the US Billboard 200.  Since 2009, his successes have ranged from critically acclaimed live performances on his Glam Nation tour, to a 2011 Grammy nomination for Best Male Pop Vocal.  Not only does Lambert possess an impeccable style all his own, the technically skilled tenor has also proved his acting chops by recently guest starring on the hit musical show Glee in 2013.  Lambert closed out the year strong, landing at number three on Forbes annual list of top earning American Idols.  The coming year looks quite bright for this hot young star. Enrique Iglesias –
The sexy Spanish-American singer-songwriter on our top twelve Hottest Men Who Rock list is none other than Enrique Iglesias.  Having sold over 100 million units worldwide since his career took off with Universal Music at the turn of the millennium, Iglesias has been labeled one of the best-selling Spanish artists in history.  An impressive feat in itself, he is also an accomplished producer and actor, securing his triple-threat status.  Having recently released the title of his tenth studio album, Sex + Love, the 2014 album is set to follow the successful January 2014 release of his single “I’m A Freak” featuring Pitbull. Brendon Urie –
Lead vocalist of rock band Panic! At The Disco, Brendon Urie, is not only sexy but also extremely multi-talented.  Unknown to most fans, Urie is not just a talented vocalist and witty songwriter.  He can play a multitude of instruments including;  the trumpet, violin, cello, organ, accordion, bass, drums and guitar.  Take that in, ladies.  With their new album, Too Weird to Live, Too Rare to Die!, climbing the charts, they have embarked on a tour in support of the new release alongside Fall Out Boy. Max George (The Wanted) –
The stunningly sexy English-Irish singer of The Wanted recently announced he has made the decision to take his career solo.  While the band takes a break over “creative differences”, George has been making strides to find success on his own, having recently made the move to Hollywood.  Though The Wanted plans to finish their world tour together, we are thankful for his first solo endeavor as a new model for Buffalo Jeans underwear line.  The campaign shows the rugged singer in various states of undress in the woods, which we won’t question, just enjoy.  Aside from his new modeling gig, George has been in the studio recently with hip-hop phenom Flo Rider and One Republic’s Ryan Tedder. Adam Levine –
Everyone’s favorite member of Maroon 5 continues to scorch the pages of every magazine worldwide.  Having recently been crowned Sexiest Man Alive by People Magazine, we cannot say we would argue with their choice.  Not only does Levine have a powerhouse voice that keeps his singles at the top of the charts, his drive for success is intoxicating.  The three-time Grammy Award winner has helped two artists receive the winning title on The Voice, made his acting debut in the chilling horror series American Horror Story: Asylum, and most recently debuted his own self-titled fragrance line. Keith Urban –
Australian-raised country singer Keith Urban could teach an American cowboy a thing or two about sex appeal.  As a musician, songwriter and American Idol Judge, Urban has had his fair share of success as of late.  Having recorded and released nine studio albums, Urban has charted on the U.S. country charts with over 25 of his singles, with 15 going to number one.  Our final vote, Nicole Kidman is one lucky woman. Blake Shelton –
Country music star, and The Voice coach, Blake Shelton is simply adorable.  Sexy for his down-to-earth approachability and pure talent, Shelton is a guy you would just like to grab a beer with.  That is, if he has a moment to relax.  Having charted over 24 country singles, including 15 number ones, he does not seem to stop.  Five-time Grammy nominee, Shelton is currently coaching on NBC’s The Voice where he has brought three of his singers to winning victory, more than any other coach on the series. Nick Jonas –
Nick Jonas skyrocketed to fame as part of the successful pop-rock boy band trio, The Jonas’ brothers, alongside his brothers Joe and Kevin.  Jonas, now 21, is making moves on his own in music and on the big screen.  As a veteran star of Disney films such as Camp Rock and Camp Rock 2: The Final Jam, Jonas has ventured into bigger roles since going solo such as his recurring guest spots on Hawaii 5-0 as well as on the late NBC show Smash. Pitbull –
Strong and sexy Cuban American recording artist Armando Perez, better known as Pitbull, has had quite a year.  The Latin Grammy winner has released seven albums to date, with his latest hit single “Timber” ft. Ke$ha currently gaining momentum and reaching #1 in twenty positions worldwide. As the recent host of the American Music Awards, not only did America get to see Pitbull’s electric stage presence, but his impeccable style.  Next on the agenda, Pitbull will join Jennifer Lopez in performing at the opening ceremony of the 2014 World Cup. As Pitbull would say, dale!