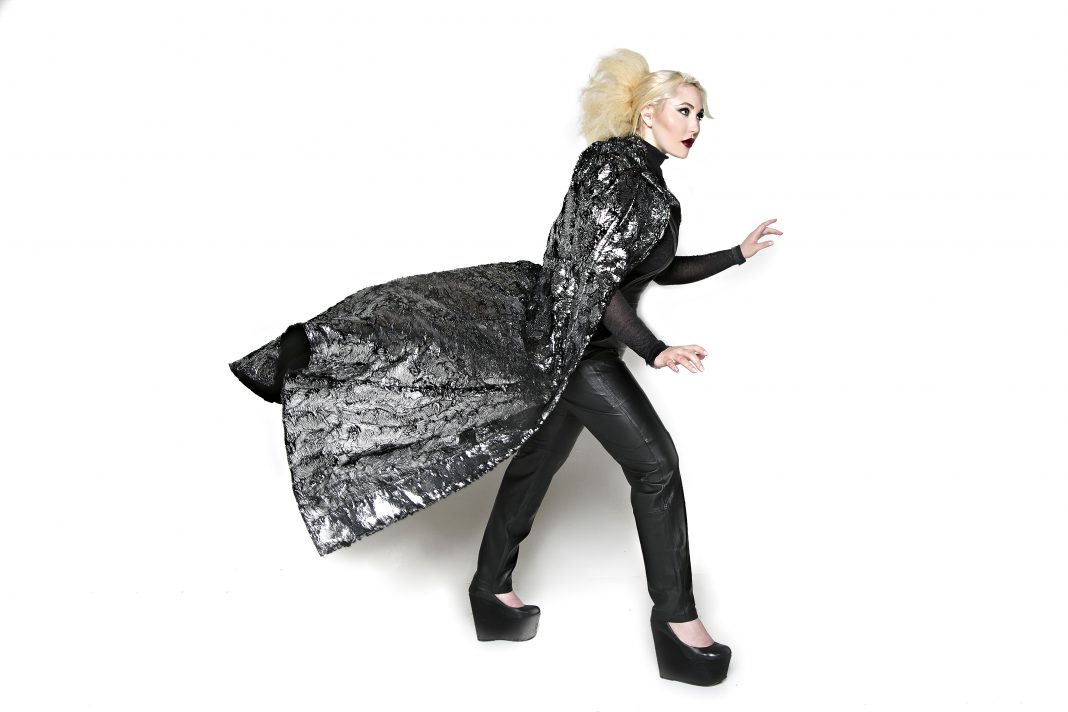 Known for her beauty, passion, and ambition in the film and modeling world, Hayley Hasselhoff is truly an inspiration and a role model.  We had the pleasure of interviewing Hasselhoff to talk about her career, ambitions and advice for those looking to follow in her grand and passionate footsteps.

Who is your biggest role model?

The people I meet everyday are my role models.  Whether it is someone I met in passing, from work, or a fan.  I love hearing their empowering stories.  The beauty of breaking away from the fear of the unknown and taking a chance on themselves for the better continuously inspires me.  I’ve been blessed to meet so many beautiful people in my journey who have shared their life lessons along the way.

How did you first get into acting and modeling?

I was blessed to see my family’s love and passion for their craft since I was born.  From then on I knew where my dreams lied.  I began acting on a few episodes of Baywatch when I was around 5 years old, but my father wanted me to take it seriously and be prepared before I got an agent.  Instead, I focused on school and being a teenager while taking private coaching before I got an agent at the age of 14.  It was not until I did an acting showcase where I felt it broke me into a different understanding of my craft.  Right after the showcase my first big audition ever was Huge and I booked a leading role as a series regular at the age of 17.  As for modeling, modeling was never an aspiration of mine.  When I was 14 years old my father’s publicist brought plus size modeling to his attention.  I took a meeting with Ford and got signed right away.  I became the spokes model for Torrid for a couple years.  I then took about 6 years off of modeling so I could focus all my attention on acting.  This past year I have gotten back into modeling and it has been such a beautiful journey that I’ll be forever thankful for.

Do you think it has been easier for you to grow up in a family that is in the entertainment industry, having that support system behind you?

I think no matter what opportunities are given to you the only way you will succeed is if you want it, fight for it and are prepared.  Thankfully I come from a family where I got to see the positive and negatives of the industry at a young age.  I realized that my passion for my craft and being on set is worth all the negativity that you can’t control in the public.  As for booking, I do believe it has actually been harder.  In the beginning, I felt like most of my auditions consisted of talking about my family or a tabloid that was false.  Then I’d have to pull myself together to get into the scene.  Thankfully, now that I’m older, I know how to deflect those conversations if need be for the sake of connecting with my character and not Hayley.  I think when it comes to certain aspects in the industry, it may be easier to open the door, but that door will close twice as fast and hard if you are not prepared.  I have and always will want to make sure that my successes have been made from my own talent and path.

What has been the biggest obstacle you have had to overcome to get to where you are today?

Wow!  Well I do feel like there have been more than a few.  There was about a year after Huge got cancelled where I was so focused on getting another role.  Every audition I felt like I was getting close, but then was told “you’re too pretty to play the quirky best friend but not skinny enough to play the cheerleader type.”  I began to let those assumptions get to my head.  The best thing at that time that could have happened to me was where I let all that go as I went into every audition room to do good work and not worry about the small stuff.  I look at this as an obstacle since it was a time where my weight started to hinder my thoughts of being able to work.  Now I look at where I am today, with a beautiful career all about celebrating my body.  I would have never gotten here if I let others words of discouragement get to me.  I now walk into every audition room just to do good work and have fun with the reader.  If a role presents itself to change in any way, trust me I’ll be the first to want to.  But until then I’m going to be confident in me and the work I bring to a role.

What is one goal you wish to accomplish in the near future?

I wish to venture back into the acting field some more.  I hope to either be back on a television series or continue on into feature films.

If you had not chosen a career in acting and modeling, what career path would you have chosen?

I would have definitely gone into the fashion Industry.  I was looking into going to a fashion design school after I graduated high school, which I did at 16.  However, work took me away from it.  I have revisited taking classes many times.  Although acting and modeling is the main career path I have chosen at the moment, I hope in my near future fashion design will be something I break into.

What is the most important thing to you, as far as being a role model, for young aspiring actors and models?

Gosh!  As for being a role model, I never chose or thought of myself as one to be exact.  I don’t think I like the idea of someone looking up to my career journey as something they must do to succeed.  If anything, I would encourage young girls, aspiring actresses, and models to find their journey, to follow their heart and never lose sight of who they are.  Being unique and being yourself is going to get you and your career way further in life, no matter what anyone else tells you.  Be you, work hard, and never lose sight of the love for your craft that got you into this business.

What is the most important thing you learned from working as a plus-sized model?

Being a plus-size model is all about being healthy, toned and exuding confidence.  It shows you that beauty comes in all different shapes and sizes.

Do you have any advice for females looking to get into the industry who are trying to adhere to the standards of modeling and acting?

Be you, but be the best you!  You can be for yourself not anyone else.  Have a great work ethic, love every second of the process and you will succeed.  It doesn’t happen overnight.  Trust me, you are getting into an industry that will take you on ups and downs for the rest of your life.  But the continued ‘rejection’, as one may call it, is actually a blessing in disguise.  If you look at it the right way it can only help you get one step closer to where you are supposed to be.  It will also help you realize what you need to work on to get better.

What has been your most embarrassing moment on set?

I can’t really think of one that has happened as me ‘Hayley’ on set ha!  I think it’s probably because things that may seem embarrassing to one are just quite funny to me.  There was that one scene on the set of Huge that I had to shoot that could have been embarrassing.  On the second day of shooting, the first episode of the series, my character, Amber, has to climb a wall in fitness training where her shorts rip and everyone sees her underwear.  It was funny to know everyone was staring at my bum for a couple hours.  Haha!

What can you tell your fans about upcoming projects you are doing this year?

There are many projects in the works for release in 2015 but unfortunately cannot be talked about just yet.  I can tell you that I have a film called Fearless set to release in 2015.  I’ve also got some amazing projects in fashion and modeling on the way.  Follow