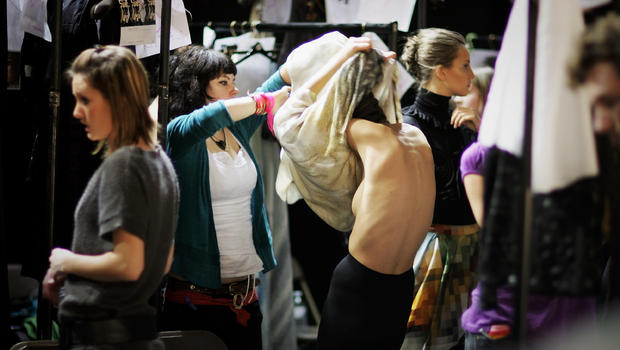 PARIS—French lawmakers have voted in favor of a law that would ban excessively thin fashion models from the runway and potentially fine their employers in a move that prompted resistance in the modeling industry.

The country’s National Assembly on Friday supported an amendment that would forbid anybody under a certain level of body mass index, or BMI, from working as a runway model.

The point of the bill is to combat anorexia, said Olivier Véran, a doctor and the Socialist deputy from southeastern France who brought the idea forward.

“The law is to protect models, who are getting so thin that they’re in danger,” Mr. Véran told The Wall Street Journal late Friday. “It’s also to protect adolescents. This image of so-called ideal beauty augments the risk of eating disorders.”

Doctors say that a healthy BMI, which takes into account the weight and height of a person, is between 18.5 and 24.5. Mr. Véran didn’t suggest an appropriate BMI level for models, saying France’s workplace health authority should determine the number.

France’s move—which follows similar measures put in place in Italy and Spain—may ultimately force top haute couture brands to change the preferred profile of ultrathin models as a showcase for their latest clothes.

Paris, home to influential fashion weeks, is a hub for models who seek lucrative work on runways and fashion magazines.

The amendment still requires approval by France’s Senate before becoming enacted into law, but Mr. Véran expects it to pass and be enforced by the end of the year.

Still, the modeling industry in France opposes the proposed measures.

Isabelle Saint-Félix, secretary-general of SYNAM, a model agency trade organization, called the proposed amendment as “discrimination,” one that could potentially hurt the French fashion industry.

“Our models are thin, not sick. They are young and thin,” she said. “The government forgets that the fashion industry is international. Ninety percent of our models are foreigners. How can French agencies be competitive if they’re held to one standard in France that others are not in other countries?”

‘The law is to protect models, who are getting so thin that they’re in danger.’
—Olivier Véran
In 2007, Spain enacted regulations that barred models below a BMI level of 18.5 from being featured in fashion shows. That same year, Italy started insisting on health certificates for models as well as banning models under 16 years old on its runways.

In 2013, Israel enacted similar BMI rules for models, as well as requiring all photos that appear in the media that have been edited for the models’ appearance to be labeled.