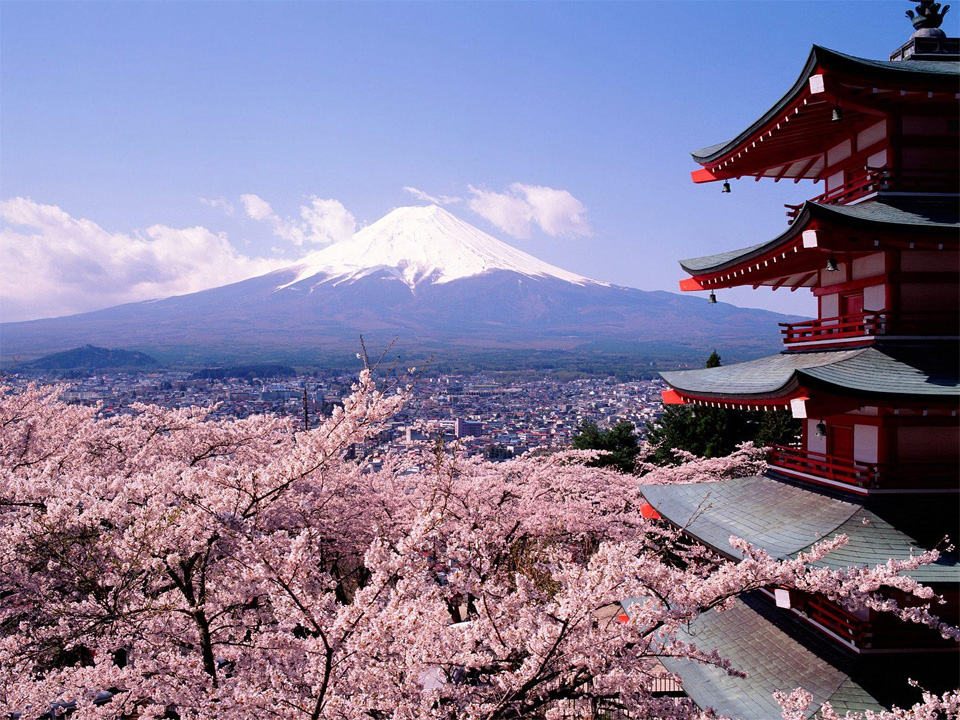 Life is a fragile thing. The light of dawn often slips by unnoticed, a day passes quickly, and the sun seems to set too soon. Winter turns to spring at last in Washington and the days are counted to the moment when the cherry blossoms return to the Tidal Basin. Friends make plans for a stroll on the two or three days projected as “full bloom.” Blink twice, however, and they will be gone with first errant breeze, and just like life, they are all the more precious for it.

In Japan, an appreciation for the beauty of nature adds simple pleasures to daily life. Living in Kyoto, I learned to relish the small celebrations that took place with every change in the season in Japan. In early spring, the daily “blossom reports” were featured on the nightly news with the latest predictions of exactly when the cherry trees will be blooming in every different region of Japan. Everyone—almost everyone, took time to visit Maruyama Park to see the 100-year-old tree that has been its centerpiece for as long as anyone can remember.  Old women settle down together on their goza mats under the blossoming trees and open their bento boxes to compare spring delicacies prepared especially for the occasion. Office workers take a needed day off for staff parties outdoors. The job of Office Picnic Scout is key—a worker is sent out ahead in the morning to stake out the best spot for his colleagues. By noon the park has come to life. By nightfall, it is awash in revelers giddy with the beauty of the flowers, the blush of too much sake and the excuse for a carefree moment with friends.

Yoshida Kenko, hermit priest and revered poet of 12th-century Japan, wrote eloquently about the uncertainties of life—and of the cherry trees:

“Are we to look at cherry blossoms only in full bloom, the moon only when it is cloudless? To long for the moon while looking on the rain, to lower the blinds and be unaware of the passing of spring—these are even more deeply moving. Branches about to bloom or gardens strewn with faded flowers are worthier of our admiration—in all things, it is the beginnings and endings that are interesting….If man were never to fade away but lingered on forever in the world, how things would lose their power to move us. The most precious thing in life is its uncertainty.”

The Japanese words “wabi” and “sabi “ express the rather complicated feeling we have for this kind of simple beauty; a loveliness that is all the more precious because of the realization that nothing lasts. They describe the quietly moving beauty of a handcrafted bowl that has been handed down in the family for generations—you feel the touch of the hands of everyone who has cared for it over time. It may no longer be a perfect bowl, and you understand that, like the cherry blossoms, it won’t last forever, but that is what makes it all the more exquisite. As Leonard Cohen said, “Ring the bells that still can ring / Forget your perfect offering / There is a crack in everything / That’s how the light gets in.”

The cherry trees along the Tidal Basin were a gift from Japan to the people of Washington D.C. in 1912. Trees have died and new ones have been planted. Two of the original 2,000 Yoshino cherry trees still stand several hundred yards west of the John Paul Jones Memorial. The number of trees has expanded to more than 3,700 trees of many varieties. Each year, the people of Washington and Japan celebrate this symbol of the enduring friendship between the citizens of the two nations—a friendship that has survived war, natural disasters and economic woes.

What more lasting and meaningful gift could the Japanese have sent us than these trees symbolizing their abiding cultural affinity for nature and its evanescence?  There is something about the fragile beauty of cherry blossoms that has captivated the imagination of the Japanese for centuries. They bloom early in spring, last just a few days, and fall with the first rains. The samurai of centuries past wrote countless poems using the cherry blossoms as a metaphor for their own all too brief lives.

Cherry trees were not the only gift of nature that Japan has bestowed on the U.S. From New York to San Francisco, over the past 100 years, there have been more than 300 Japanese gardens built in the U.S., many of them as symbols of Japan’s wish for goodwill and friendship. They are also living expressions of the best instincts of Japanese culture, human interpretations of the essence of nature and the belief that we and nature are really one and the same.

Washington D.C. has its own Hillside Estate with a lovely Japanese garden, and the commemorative Japanese Stone Lantern Plaza that now sits at the northwest corner of the Tidal Basin is a recently-renovated reminder of the 1912 gift of trees. One of the finest examples of a Japanese friendship garden is the Portland Japanese Garden, where I am privileged to be a curator. It has been a place of quiet refuge in a busy urban community for more than 50 years.

Time under the cherry trees, like time in a Japanese garden, can be a moving experience. How can a life so chaotic also hold such beauty? How can a quiet moment in nature refresh the human spirit so completely?

Thousands of cherry trees are blooming in Washington, D.C., this weekend. Take the time to walk beneath them and cherish the moment, however fragile and fleeting.