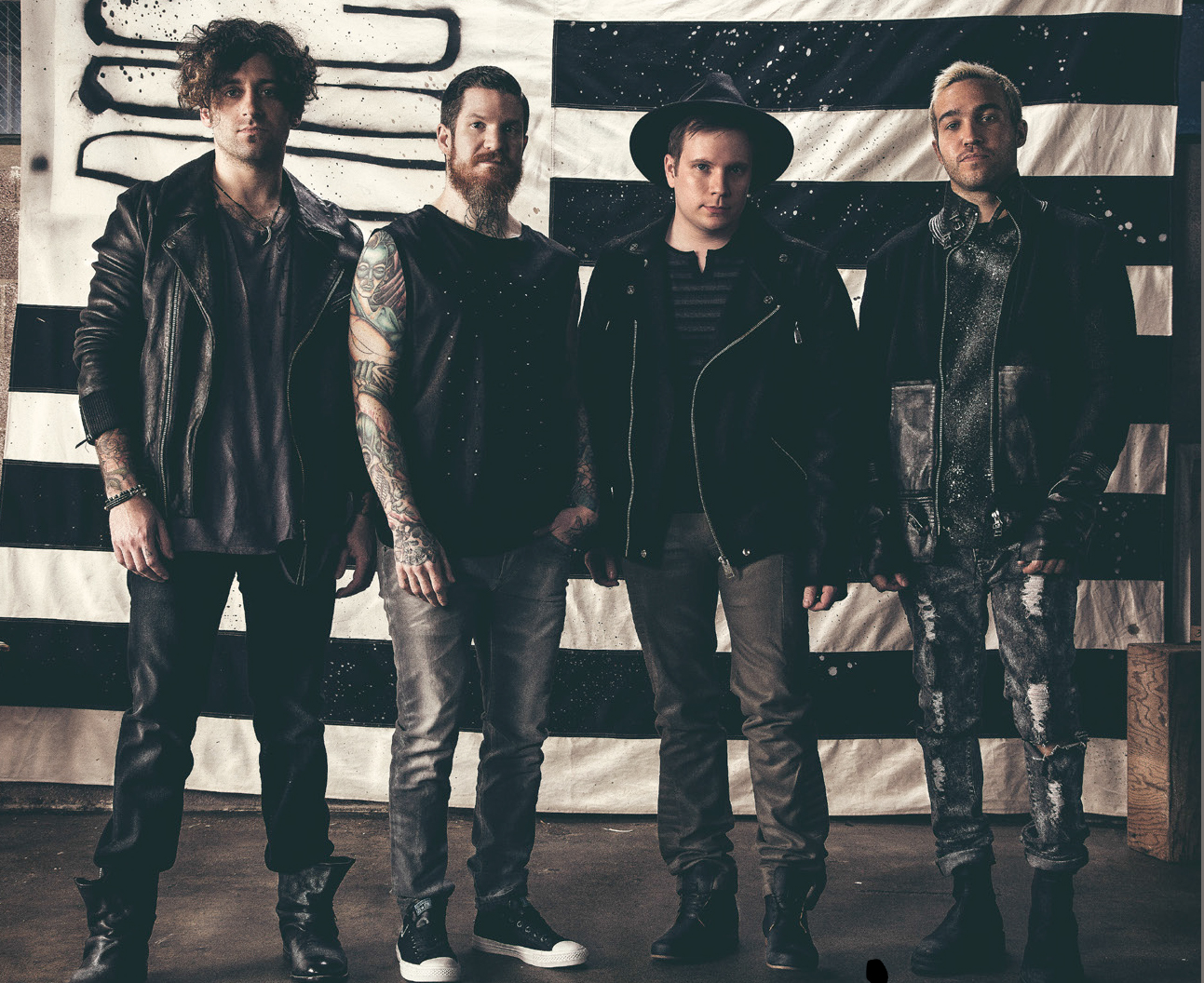 There’s no way you could have lived on the surface of this planet for the last decade and not felt the impact that Patrick Stump, Pete Wentz, Joe Trohman and Andy Hurley of Fall Out Boy have had on the music scene. With roots in the Chicago punk scene, they’ve been labeled everything from pop punk, emo punk, pop rock to American rock, signifying that maybe they don’t fit neatly into a category because they’re more concerned with staying true to their own artistic identity. Like most iconic bands they’ve thrived through personal dramas – the band took a hiatus in 2009 before returning in 2013 with the #1 album Save Rock and Roll – and letting go of the curse of being called “sell outs.” Now, their North American BOYS OF ZUMMER tour with Wiz Khalifa and special guest Hoodie Allen is set to kick off June 10 and run through August 10. Get more info and your tickets at www.falloutboy.com and prepare for their worldwide domination as they also tour to Australia, Japan, UK and Europe. We talked with Wentz about American Beauty/ American Psycho, the band’s sixth studio album released on January 20, their creative process, and saving the universe.

Based on the album art, it looks like you went from saving rock and roll to saving America. Tell us what American Beauty/American Psycho is all about?

The idea is about the juxtaposition of the two ideas. It is about the threshold between the two, you know? It’s also the basic idea of modern love. It is a modern love story.

The album is brand new and debuted at #1 on the Billboard Top 200, congratulations! – What are you most excited about for fans to experience on this one? Do you still get nervous when a new album gets released?

This is a brand new chapter for us and the journey doesn’t really start until someone else listens to the album and decides what it means to them – do you listen to it on the way to school or when you’re at work? Is it cathartic? What does it mean to you? Yeah, of course that is stressful because you never know what it will mean or where it will end up.

A lot has changed in the music industry from heavily synthesized vocals to free streaming. Are there any new trends you just can’t get behind or that you’re resisting?

To me the future has always been the most interesting. Of course there are some trends that don’t make sense for us as a band, but in general I think we stand on the side of change. We always want to click the refresh button.

Your music has obviously evolved, starting from the punk scene in Chicago to now being considered American rock, but your fans have evolved with you as well. What do you think it is that sustains your career? Is it more of the diehard fans that have stuck with you for all six albums or the fans that are just stumbling on to you now and embracing your new sound?

Yeah it’s been a stretch – I’m not sure it’s even that easy to comprehend all of it. Life just moved much different for us and the world 15 years ago. Our diehard fans have had our backs for so long through thick and thin and that means so much…

When you were on a hiatus as a band, what were you all doing? Because it seems like you came back with an artistic vengeance.

We were all doing our own things. I think just processing what we had been through and trying to get a perspective on all of it. We ended up here, so that’s not half bad. I think when we came back together we felt renewed, like we had something to prove again.

It is sort of rare to see musicians creating in the form of linear narratives anymore, but it’s something you have really embraced… becoming some of the most powerful musical storytellers of our time.

I think the story is what is most important – creating a world, a counter culture that someone can be a part of. I always wanted to tell stories, to create a world where people felt safe and the world was a better place.