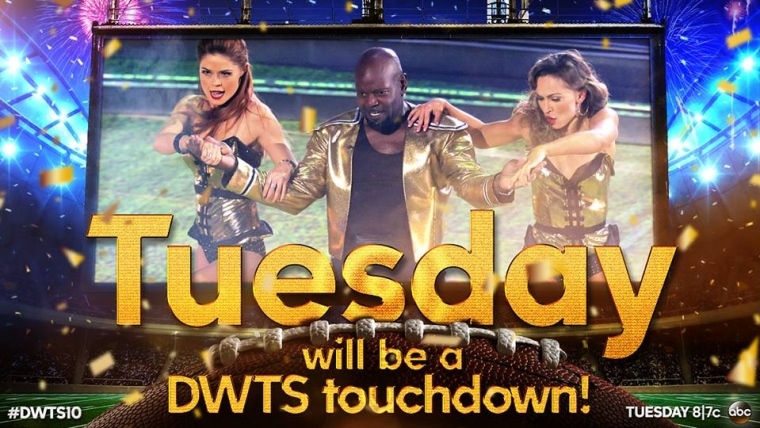 “Dancing With The Stars” is celebrating its 10th anniversary and ABC is making sure that this will be a celebration worth remembering. Originally, the anniversary special was scheduled in May, but ABC moved it to next week so schedules have to be made.

On Monday, April 2, the Week 7 competition will push forward. One couple will be eliminated on Monday. As for the double elimination, supposedly scheduled for Tuesday night, this will be moved next Tuesday to give way to the anniversary special.

As tweeted by the Official DWTS, “The Top 7 perform on Monday, then come back Tuesday for a very special 10th Anniversary celebration.”

So, how big is the 10th anniversary celebration? Here’s the official description from ABC:

“Dancing history will be made with the show’s largest opening number ever, featuring over 45 stars including the judges, hosts, and Season 20 pro dancers performing alongside 15 celebrity alums and seven returning pros. Viewers can expect to see exciting new routines, with everything from an NFL football player ensemble to a ‘bromance’ dance.”

Come Tuesday, “Dancing With The Stars” will showcase the culmination of its talents, most popular contestants and pro-dancers as well as showcase why the show has lasted this long and why the fans still love it.

There will be tons of surprises on Tuesday night, including Patti LaBelle singing “Lady Marmalade” with Lil’ Kim and four-month pregnant Katherine Jenkins will also hit the stage, a first in the show’s history.