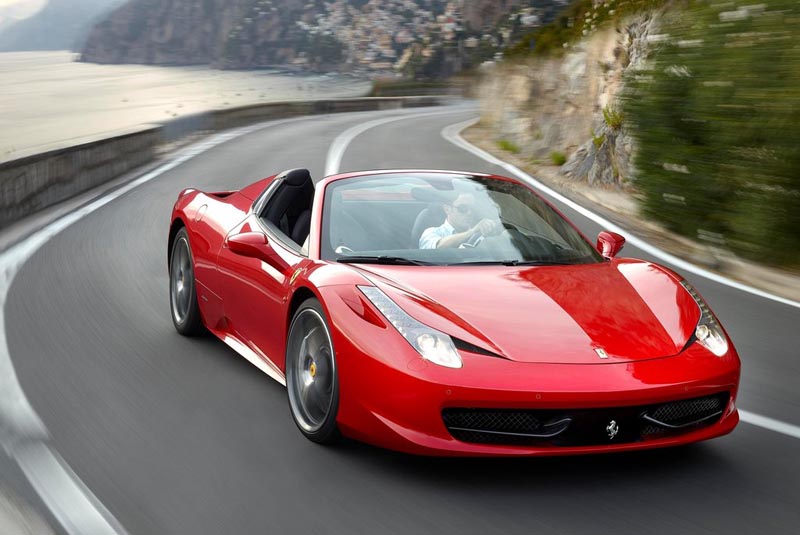 When you mix a passion for fine automobiles with the love for luxury, beautiful things can materialize. And, when stars have the means to drive lavish transportation, we see that sometimes they let their imaginations run wild. Others, however, opt for more sensible and environmentally friendly options. Below we have chosen our favorite car enthusiasts in fashion, movies and music.

Gisele Bundchen –
Supermodel Gisele Bundchen opts for sleekness and sophistication in her vehicles. As an owner of a Rolls Royce Ghost, BMW X5, Audi S8 and a Black Audi A8, she has choices when it comes time to tote little Vivan and Benjamin around Brentwood or head to a fitting. Most often seen in her Audi A8, we’ve chosen it in particular to spotlight. The car is equipped with a 3.0 V6 engine and exhibits seamless performance when on the road. Its plush interior makes it a great choice for a family car that is still luxurious and stylishly classic. Would you expect anything less from one of the world’s most successful supermodels?

Leonardo DiCaprio –
“Wolf of Wallstreet” star Leonardo Dicaprio drives the king of hybrids. Owner of a Fisker Karma hybrid sports car, a highly impressive and rare vehicle, Dicaprio has been spotted driving this car around Los Angeles. Reaching 60 miles per hour in just under six seconds, with a max speed of 125 miles per hour, this car has the ability to put on a good show and still be a better choice for the environment than your average sports car. Also keeping with the eco-friendly theme, no animal products were used in the interior design of the car. So, if you are looking for not only your lunch to be vegan, but your vehicle as well, talk to Leo. For a cool $100,000, he can hook you up.

George Clooney –
George Clooney is not only one of the hottest bachelors to reside in Hollywood; he is also an avid classic car fan and car-racing aficionado. On sunny California days, the Studio City resident can be seen riding casually around town in his 1958 Chevrolet Corvette V8 C1 convertible. This style in particular was considered a style icon in the 50’s with its chrome finished, trendy appearance and double headlamps. A seasonal resident of Italy, Clooney also had the interior refinished in fine Italian leather. Fantastico!

Jessica Alba –
Actress, philanthropist and owner of health conscious cleaning and product company, Honest, Alba tops our list as the most sensible car owner. Her silver Prius shows us that she cares for her environment by not only using clean, earth friendly products in her home, but by driving a car that is cleaner for Mother Earth. We respect the down-to-earth actress, and fashion week front-row spectator, for her choices for not only herself and her family, but for those around her.

Lauren Conrad –
The Paper Crown designer shows us, through her ride of choice, that she has moved on from “The Hills” days and onto the finer things in life. A fashionable statement piece itself, her Bentley Continental Flying Spur is both luxurious and pricey. With a price tag starting at $186,000, Conrad cruises around L.A. in the metallic black Bentley that can reach a speed of 62 MPH in just 4.9 seconds. The car, maxing out at an impressive 200 MPH, is not only beautiful, but also high performance in its own right. An added bonus feature: its four-zone climate control system for ultimate comfort.

Kendall Jenner –
Though Ms. Jenner is the owner of a blacked out Range Rover that she received for her birthday, she is also a lover of dirt bikes and racecars. So, we thought we would feature her love for fast rides and spotlight her experience driving a Bugatti Veyron Vitesse at the North American Lamborghini Blacpain Super Trofeo races. It is currently one of the fastest street-legal vehicles on the market today, developed by the Volkswagen group, and reaches a top speed of just over 267 miles per hour. Kendall drove it at modest speeds, with her father in the passenger seat, but said it was “still a cool experience”. She has had better luck with automobiles than younger sister Kylie, who just after 2 short weeks of receiving her driver’s license crashed her $125,000 Mercedes. Ouch! That’s got to be a hard thing to live down with all those siblings.

Miley Cyrus –
It is no surprise that the controversial starlet would own a car that practically screams, “living on the edge.” Cyrus’ metallic gray McLaren Mp4 is a super sports car that starts at a steep $200,000. Reaching speeds of over 120 MPH in just under 10 seconds, it is practically a racecar itself. The aerodynamic design is sleek, and the interior is spacious and features the highest quality leather throughout.

Mila Kunis –
The gorgeous and talented Mila Kunis opted for safety and security when she chose her Range Rover Overfinch. Though a trendy option in Hollywood, it is a great choice for a star as visible as Kunis. Equipped with a gun cabinet and ammunition, as well as a champagne fridge and a console that holds tumblers and champagne flutes, it is not only a safe vehicle, it is also decadent and luxurious. Powered by a V8 Corvette engine, the Overfinch is a powerful vehicle that can handle most driving situations with ease. An added bonus, it has plush carpeting throughout the interior!

Rihanna –
The Barbados native drives a Porsche 997 turbo with an enhanced performance engine. Rihanna shows she can handle a stick, as this car has a six-speed manual transmission and a top speed of over 120 MPH. The Porsche 997 is a fitting ride for a girl who likes to live a little dangerously.

Ralph Lauren –
Fashion great Ralph Lauren may be most popularly known for his exquisite designs in men and women’s clothing, among many other branches including his fragrances and accessories, but few know that he is an avid car collector and tops our list of car aficionados. Owning his own Ferrari museum and car garage, the extent of his automobile knowledge and love for all things auto is endless. Included in his vast collection you will find: a 1929 Bentley Blower, 2010 Lamborghini Murcielago Super Veloce, 2006 Bugatti Veyron, 1996 McLaren F1 LM, 1965 Ferrari P2/3 and Ferrari 250 GTO just to name a few. Lauren also owns one of the most valuable and rare Ferraris ever produced.