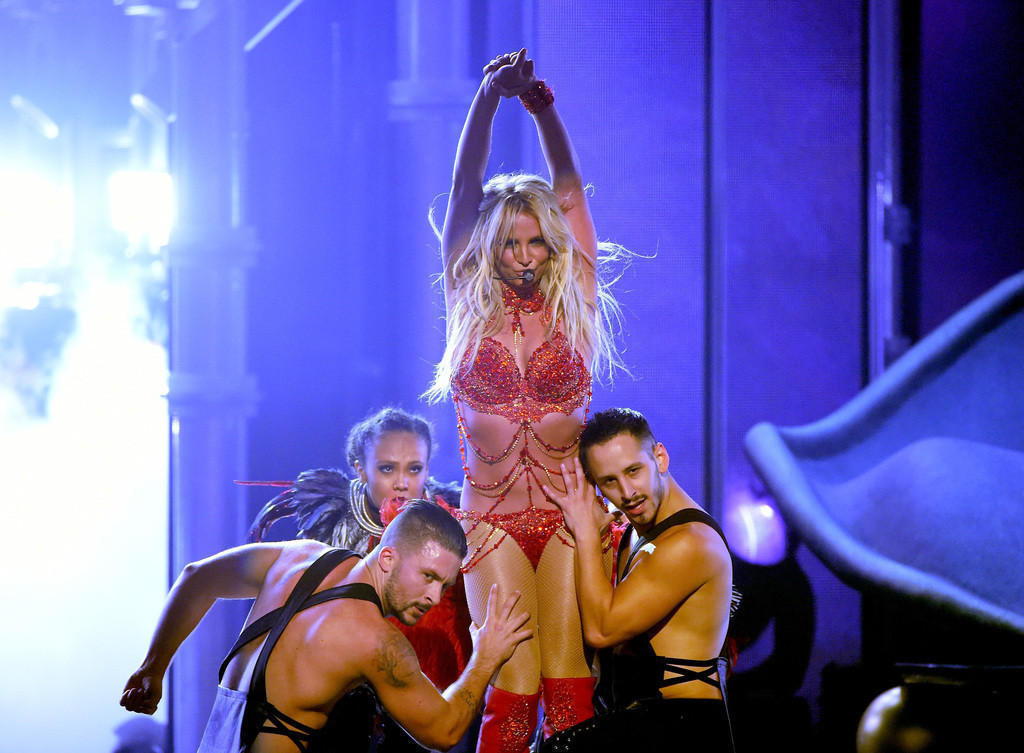 LAS VEGAS, May 22 (UPI) — Pop music star Britney Spears opened up Sunday’s Billboard Music Awards show by performing a medley of some of her biggest hits.

The 34-year-old singer doffed a red, glittery jacket to reveal a matching bikini and danced around the stage in sky-high, crimson boots as she sang “Work [Expletive],” “Womanizer,” “I Love Rock ‘n’ Roll” and “I’m a Slave 4 U.”

The electrifying number also featured pyrotechnics and a flock of sexy, male dancers, as well as Spears straddling a giant guitar and grinding on a stripper’s pole.

Earlier in the evening, Spears wore a sheer, short, black-lace frock with a train on the Billboard Awards red carpet.

The ceremony is airing on ABC from Las Vegas. It is being hosted by Ludacris and Ciara. Other performers included Justin Bieber, Meghan Trainor and Shawn Mendes.