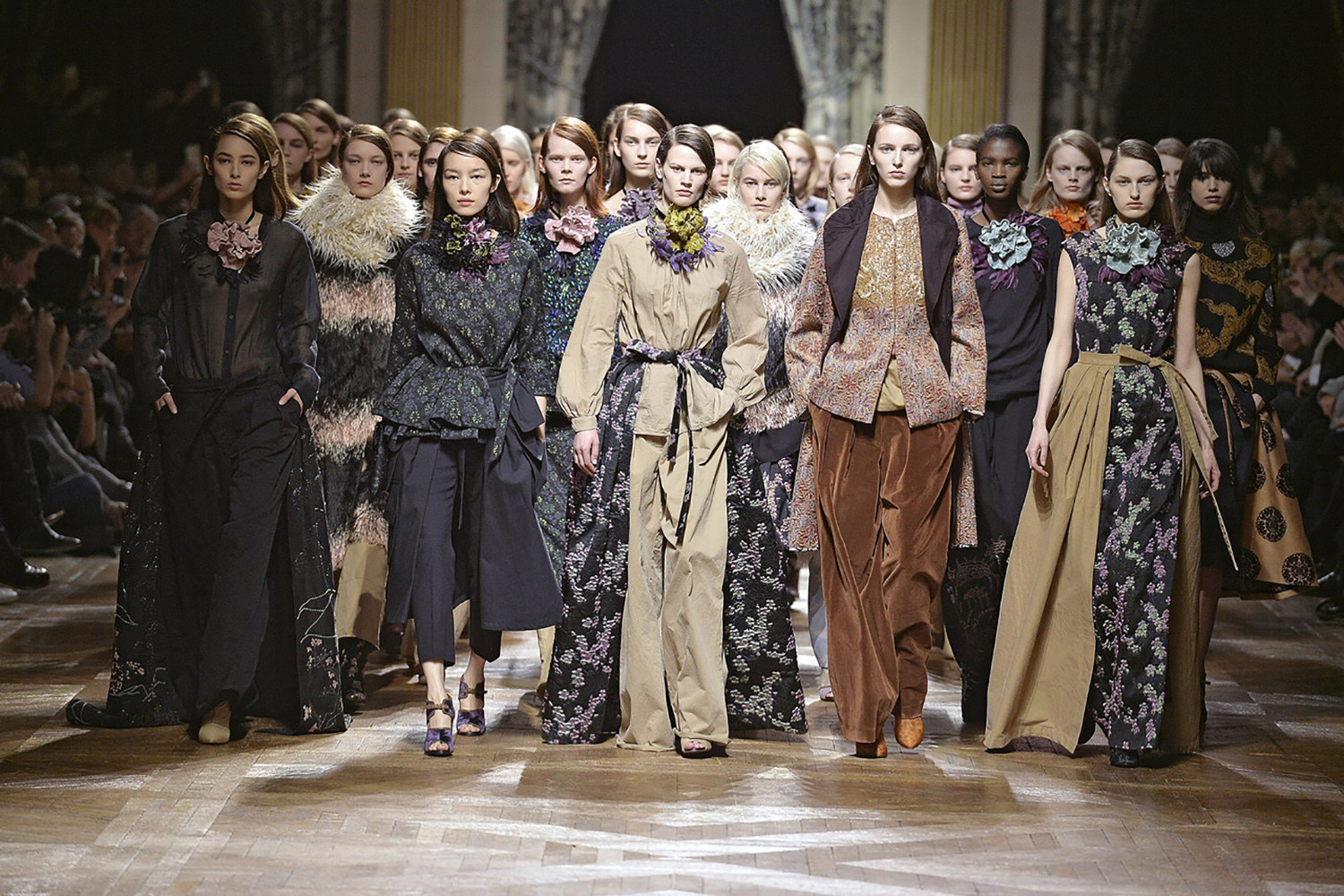 Each fashion season brings its fair share of dramatic moments on the catwalk. And although Paris Fashion Weekis long gone, now is as good a time as any to reflect on the fashion past. We went back to our memory banks to come up with the list before you, which marks some of the most iconic runways of all time. There was much debate, and many worthy collections didn’t make the cut, but we think the final ranking demonstrates the best moments and the most unexpected collections. Enjoy!

1973: The Beginning Of Everything

In the now-legendary catwalk fash-off of 1973, it was the kings of French chic (Yves Saint Laurent, Christian Dior, Hubert de Givenchy et al) versus the new names from New York (Oscar de la Renta, Halston and Anne Klein). At stake? The designers’ pride, but also a joint goal to raise money to restore the palace to its former glory.

Jean Paul Gaultier created Madonna’s infamous ‘cone bra’ for her Blonde Ambition world tour in 1990. So, where do you go from there? Well, Madge ditched the bra and proudly walked au natural down Gaultier’s runway in 1992.

Jean Paul Gaultier spent seven years at the helm of Hermès and so, to celebrate his departure, he staged a stampede. Leather capes, equestrian boots and hats from the Seville riding school formed the look and the show was set in an authentic riding arena, complete with chandeliers. Now that’s what we call an exit.

There wasn’t a dry eye in the house when Marc Jacobs bid au revoir to Louis Vuitton back in 2013, 16 years after he took to the helm. To ‘celebrate’ he re-purposed parts from his archive of spectacular sets, but painted them all black to match his sombre showgirl collection.

For the Chanel catwalk show, the Grand Palais was transformed – elaborately (an adjective almost universally applicable to Lagerfeld’s actions) – into a re-creation of a Paris boulevard. At ground level, the scene was set for another typical aspect of French streetlife, the manifestation. In place of Chanel’s typically lavish seating were rows of benches divided by stainless steel guard rails. One of the placards on the catwalk, however, was painted in support of He For She, Emma Watson’s campaign for men and women to understand and support the principles of gender equality.

Known for his extravagant runway settings, designer Karl Lagerfeld led fashionistas into a serene garden at the Chanel haute couture catwalk show in Paris. The designer sent models out of a wooden house down a garden path across a neat green lawn. Lagerfeld’s nature theme was evident in the embroidery on dresses, including colorful flowers and wooden birds as well as in the shoes: rounded cork wedges.