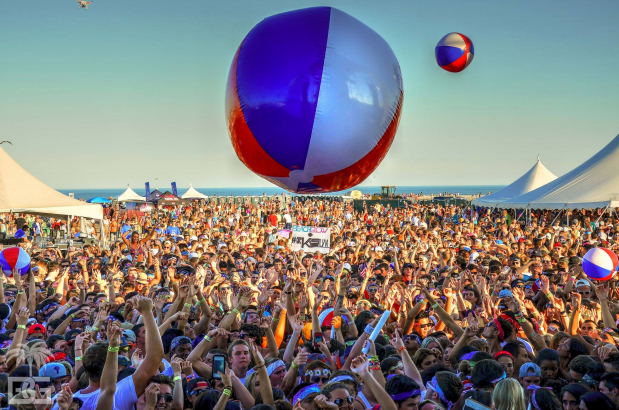 “Playing a full set at BeachGlow, on the same stage and the same day as chart-topping artists like Nico & Vinz, was an experience these incredible student performers will take with them the rest of their lives,” said Keith Hejna, Senior Manager of Donor Relations for the national nonprofit Little Kids Rock, which helped fund the music program at FLC through BeachGlow’s philanthropy. Hejna said the musicians and vocalists of the band were not only inspired by the opportunity to display their superb skills as part of the two-day festival, but for some, it was their first visit to the nearby Jersey shore.

“BeachGlow had great music and a very positive atmosphere, which we saw first-hand at the concert,” added Hejna. “They’re not only raising critical funds to support school music programs in financially struggling districts, they are also helping to lift the spirits of students and build stronger communities by giving kids the opportunities to unlock their inner music makers and live rich, purposeful lives.” To date, the relationship has helped start or expand music programs in 21 schools, including Franklin Learning Center.

The Little Kids Rock band joined 11 other acts – ranging from rock, pop, to alternative and electronic dance music — at what is being lauded as the best BeachGlow in every respect.

“I can say from my own experience it was spectacular,” commented Wildwood Mayor Ernie Troiano. “Not just one of our best concerts ever, but one of the best-run events Wildwood has had; a wonderful collaboration among BeachGlow, security, musical artists, merchants and concert attendees.” He added, “BeachGlow’s organization managed – and delivered on — every single promise to our City, and as a result I heard nothing but glowing reviews from our police and EMS, and everyone else who experienced it.  I would be more than happy to host this event again.”

Wildwood City Commissioner Anthony Leonetti, who initially was not a fan of the festival, stated afterward, “I would gladly invite the event back next year.  I attended and found it to be well set up and organized.” He noted that organizers and the city worked very well together and that contributed to a successful event.

BeachGlow’s founder and CEO, Dane Kunkel, reported that the festival went off without a hitch, and his all-volunteer team staged a safe and secure event that went according to plan.

“While safety is always our top priority, equally important was our ability to deliver on our charitable mission,” he added. “Once again we raised substantial awareness about the important role music plays in education, developing individual character and sustaining communities.” Kunkel, 21, started BeachGlow when he was 16 and is now a senior at the College of William & Mary.