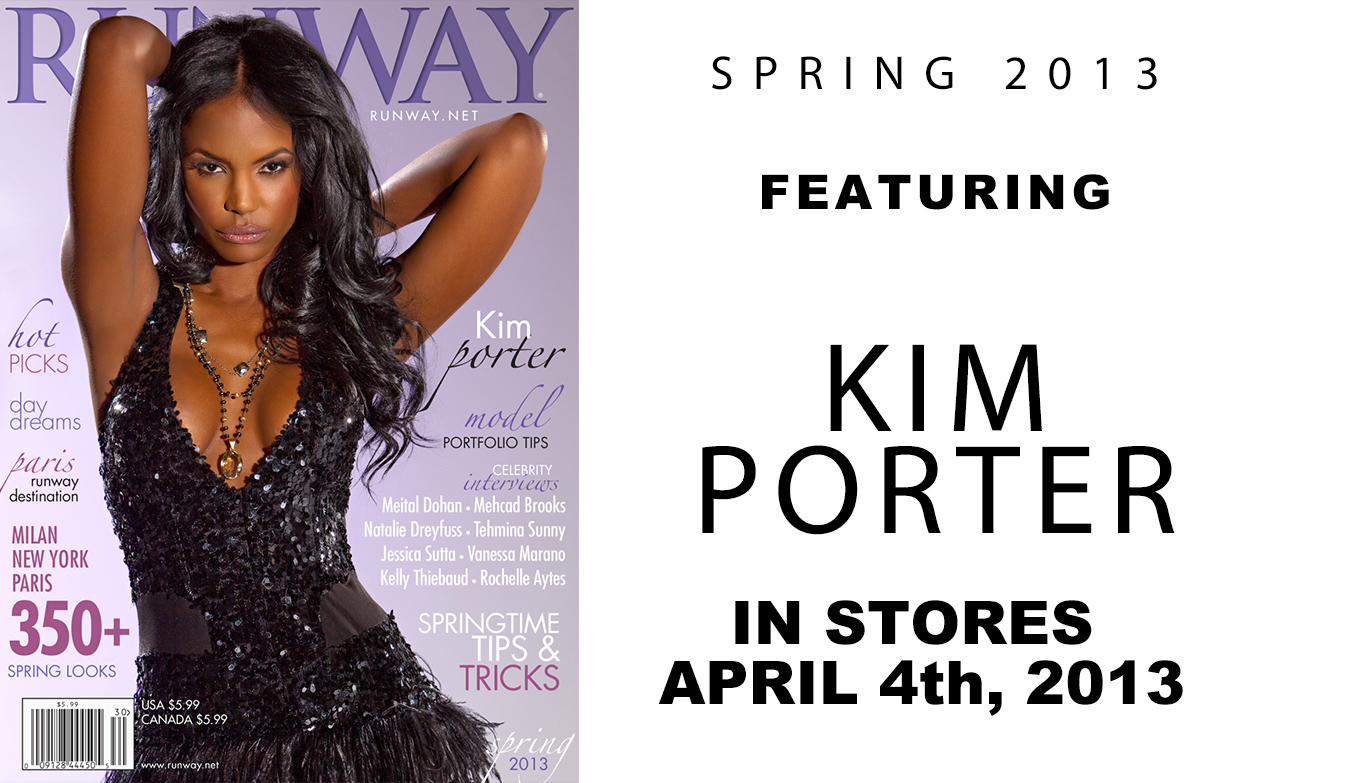 A master of modernism, Kim Porter is an inspiration to moms, models and women everywhere. Born in Columbus, Georgia, Porter quickly realized she was too big for this small town, packed her bags and moved to New York City at the sweet, tender age of 16 with a modeling contract at Elite Model Management. It wasn’t long before she was jet-setting world-wide working with power-house designers like Versace in high fashion hot spots like Milan and Paris. Utilizing her witty business sense cultivated in her since she was young and a core set of Southern family values, Kim proved herself to be both conscientious and vivacious in her approach, accomplishing a superior modeling career working on major campaigns for Tommy Hilfiger, Sean Jean and Pantene as well as gracing the pages of Glamour, Essence, Cosmopolitan and Elle just to name a few. Her acting career also blossomed at a young age, getting her start by working on The Cosby Show and eventually sharing the screen with film legends Tatum O’Neal in “Wicked Wicked Games,” Hill Harper in “Mama I Want to Sing” and in “Brothers” with DL Hughley and Gabrielle Union with her most current project being VH1’s “Single Ladies” Recent endeavors have put Porter behind the mighty pen and into a production position as she has worked on novels, screenplays and creatively produced photoshoots for several well-known artists such as Snoop Dogg.

With an undeniable gift for acting, singing and style paired with her natural, stunning beauty, this debutante queen of Georgia grew to become royalty of high fashion and entertainment. Kim Porter now part model, part mom, part mega-star is the epitome of a woman who can do it all, and do it perfectly. This woman has a ferocious ability to not only take on the entertainment industry but completely re-define it, operating by a higher calling. Inspired by the things she loves most in this world, her children and her family, Kim has successfully set new standards by infusing her passion to keep it real into every single little thing she puts her finger on giving it the golden touch. With a new children’s clothing line coming out soon, running her own business and a home with music mogul Sean Diddy Combs, I’m surprised she even had time to sit down with me, to say the least even sit down at all because she she’s too busy making magic and blazing trails for moms everywhere.

Kim is generous in imparting a slice of her wisdom and sharing some of her best tips with us on how to rock the runway while being a mother of four with famed counterpart Combs, how to understand the power of the brand and the vision but to never lose sight of what is really important at the end of the day. I can tell you one thing, after seeing thousands of faces, flashing lights, traveling to exotic places and fitting after fitting with designers and meeting after meeting to keep her business thriving, this mommy’s favorite sight to see at the end of each and every day are the faces of her smiling children.

DOWNLOAD IT FOR APPLE AND ANDROID OS at www.RUNWAY.net