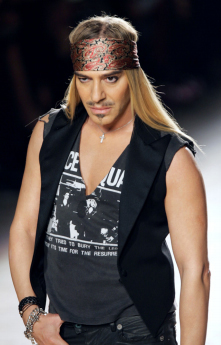 Facebook
Twitter
Pinterest
WhatsApp
De la Renta’s collection is the first one that Galliano has worked on since early 2011, when he lost his position at Dior and his namesake. His anti-Semitic verbal attacks on a woman in a bar were caught on camera and his career was all but ruined. Since the event, Galliano has done very little in the fashion world, aside from making Kate Moss’s wedding dress in the summer of 2011.
News of Galliano’s return is sure to have mixed reactions, but de la Renta is supportive, noting that Galliano had a long and difficult recovery from alcohol and drug addiction.