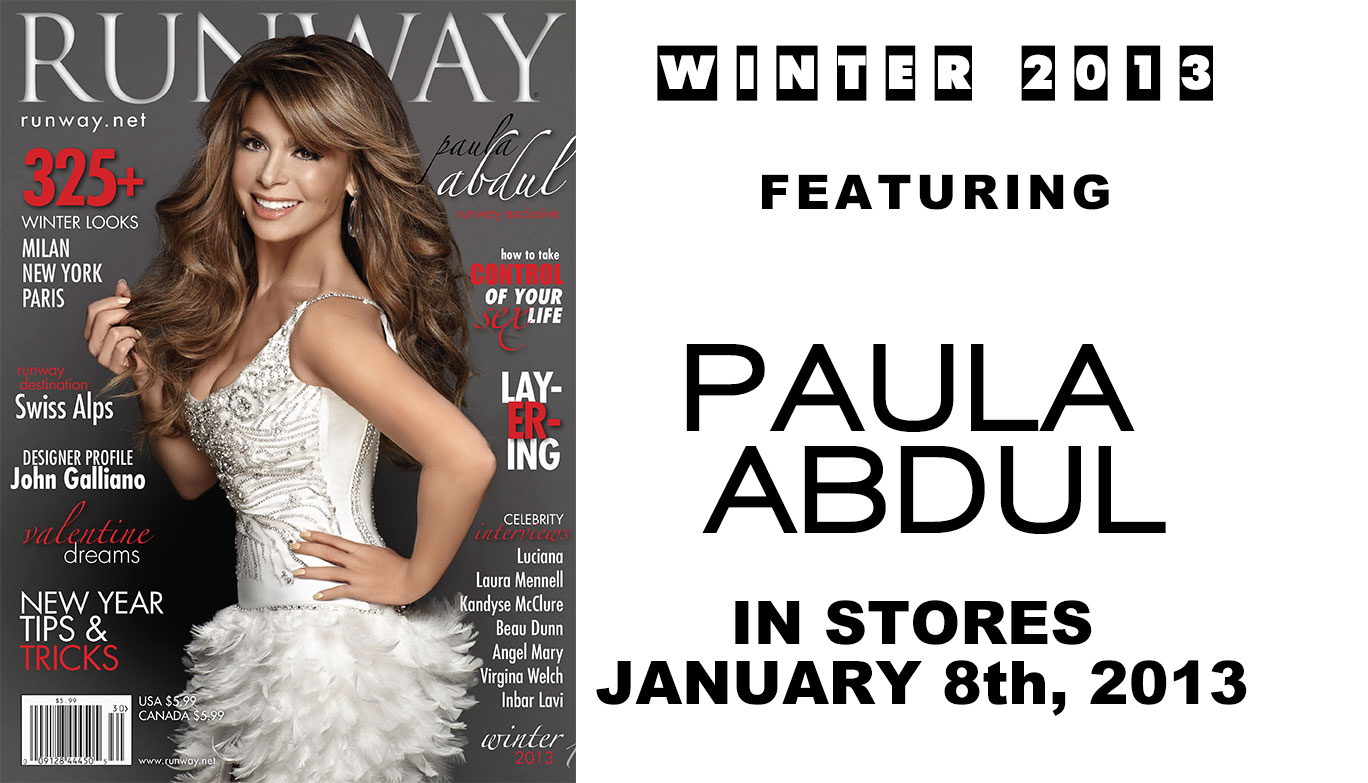 Almost 20 years later, fans welcomed Paula into their living rooms each week as the loveable judge on Fox’s American Idol. Her talented wings even crossed over to the fashion world when she launched her lifestyle line called “Forever Your Girl” for the Home Shopping Network, and The Paula Abdul Jewelry Collection for QVC.

We caught up with Paula in Los Angeles to kick off the New Year and discuss her latest goals.

Download Paula’s Issue on the RUNWAY US APP or

Pick it up at your local book store!