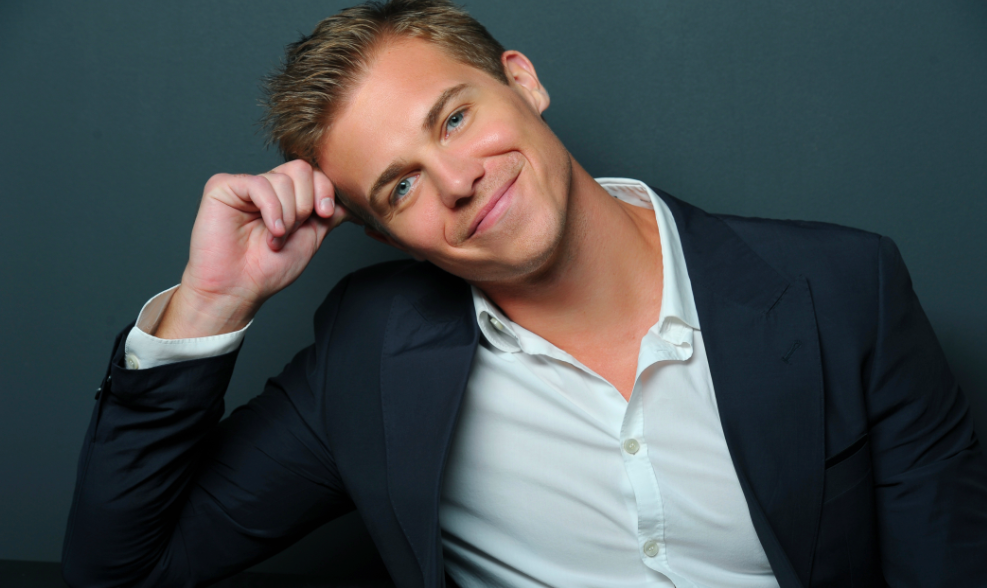 1. Let’s start with the fashion questions, how would you describe your style? Who are your favorite designers?

I usually keep it pretty laid back, more of a jeans and t-shirt guy. For suits I prefer Hugo Boss and If you were to check out my closet you would find plenty of CK, BKE, Hurley and Armani.

2. What are your fashion staples? What is the oldest item in your closet and why is it still

As far as staples go, there’s my Chicago Bears hat and I’m the guy that wears sandals when it’s freezing out. Oldest item in my closet is probably my old traveling cap. It’s not much to look at but it has character and has seen a dozen or so countries.

3. What was it like working with Steven Soderbergh on Magic Mike (now on DVD)? How happy were you didn’t have to wear those outfits?

Just can not say enough nice things about the guy. Other than being genuinely impressed by watching him be a one man show (Director, DP, Camera Operator, etc) he’s just a very kind and generous guy. He’s a great story teller and is incredibly proficient at communicating with the actor and giving the actor space to create…and some of those outfits were hilarious. I would have been fine wearing them for the laugh but probably not down to the pub.

4. We see you are going to be on NBC’s “Revolution.” Describe a day in your life without electricity.

How cool would that be if just for a day? I would probably get a chance to sleep in for once. Then I would round up some buddies for yard games like capture the flag, kick the can and anything else we played as kids. At night we would do the campfire thing and sing some Jack Johnson and Tom Petty. We might have to figure out something else for the marshmallows…

5. What is next for Michael Roark? Where can we find you on twitter/facebook?

Revolution airs Monday 29th on NBC and guest starring on season 3 Finale of Rizzoli & Isles in December on TNT. Going into 2013, can find me on “The Following” on Fox Jan 21st, mid season on new Cinemax drama “Banshee” premiering in January and as country boy dirt track racer Ty Hargrove in the Feature Film “LA Dirt” releasing early 2013.