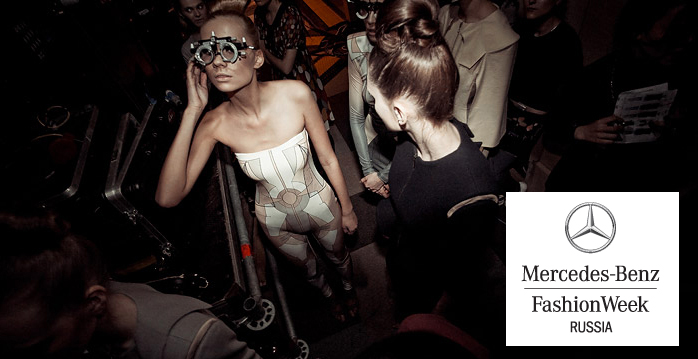 Russian Fashion Week had been held in Moscow for the last ten years in early April and mid-October. During this period, RFW has discovered dozens of new designers and has presented over sixty international designers to the Russian market. From the very first day, RFW was aimed at supporting and promoting Russian fashion and has increased interest in Russian designers both at home and abroad. Partnerships and joint projects between RFW and fashion weeks in Milan, London, Beijing, Athens, Lisbon and other cities have turned Moscow into a major European fashion center. In addition, Russian Fashion Week has become a central event for all former Soviet republics – the best designers from the Ukraine, Belarus and other countries showcase their collections at Russian Fashion Week in Moscow. The collaboration between RFW and Mercedes-Benz will make it possible to bring the young Russian fashion industry to an even higher level and wider audience.

“Russia is a fast-growing market for our cars, and Moscow – the next hot fashion destination. Our participation in fashion week is vivid proof of these two axioms, – CEO of Mercedes-Benz Russian Juergen Sauer says. – The signing of this agreement is a logical development of Mercedes-Benz’s global strategy to support the most important fashion weeks in the world. I’m confident that we can strengthen the potential of Russian Fashion Week, as we did, for example, in New York and Berlin”.

“The participation of Mercedes-Benz in RFW will give, in addition to the obvious benefits, an even more acute sense of fashion and style, – Alexander Shumsky, CEO of Artefact Communications Agency, General Producer of Russian Fashion Week, says. – For the national “fashion consciousness” and development is it important to be on the same catwalk with the legends and trendy designers, such as participants of the previous RFW – Vivienne Westwood, Jeremy Scott, JC de Castelbajac. Mercedes-Benz Fashion Week Russia will affirm Moscow’s position on the world fashion map.”

Mercedes-Benz Fashion Week Russia will be held in the same format as in its previous seasons and will remain Moscow’s biggest “by invitation only” event. The agreement between RFW and Mercedes-Benz was negotiated by IMG Fashion, which commercially represents the event..