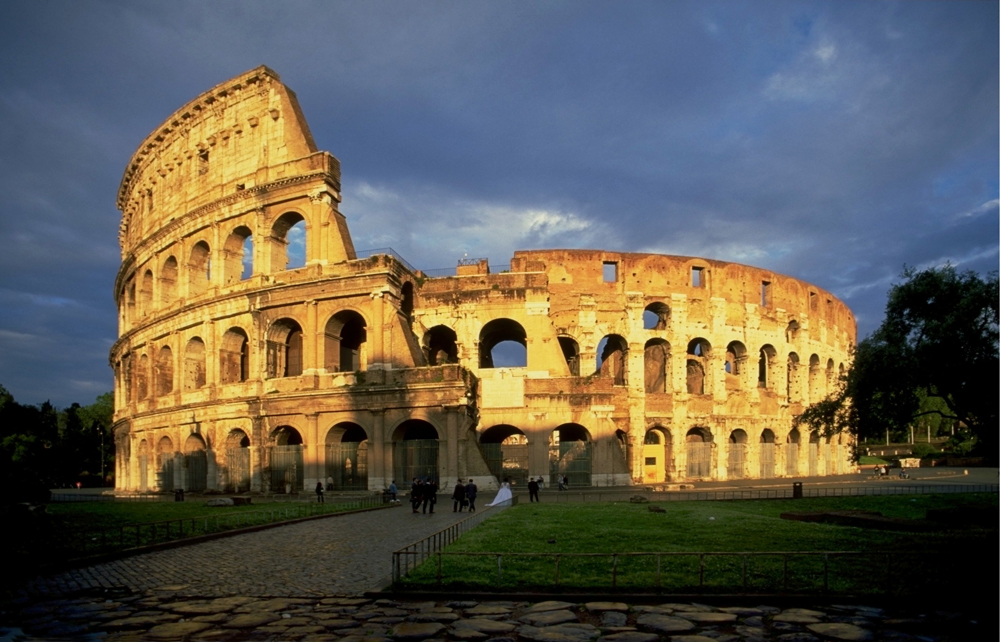 Florence is a lovely city full of world-class designers like Gucci and Ferragamo, as well as glorious art, such as the not-to-be-missed statue of David by Michelangelo. While the old-world charm dating back to the days of the Medicis remains, Florence oozes style, both past and present.

A stay at one of the properties within the Lugarno Collection offers diverse boutique or luxury hotel accommodations. Owned by the Ferragamo family, the Florentine properties include Hotel Lungarno, Continentale Hotel, Gallery Hotel Art and Lungarno Suites, many of which are dotted along the Arno River.

Located in the Palazzo Spini Feroni, the Salvatore Ferragamo Museum recently reopened. Visitors are discovering the story behind the life and creativity of this famous Italian designer by viewing the beautiful décor, photographs and videos, as well as shoe models created for Audrey Hepburn, Judy Garland, Marlene Dietrich and Sophia Loren.

The city is rich in museums, beautiful churches and monuments. Among Florence’s landmarks is the Cathedral of Santa Maria del Fiore, and next to it stands Giotto’s Bell Tower, which offers a magnificent view of the city from its top. Just in front of the cathedral sits the Baptistery of St. John with the gold “Gates of Heaven” by Ghiberti. The original ones are preserved inside the Opera del Duomo Museum, found in the rear of the cathedral.

Near the Arno River, in Piazza della Signoria, you’ll find Palazzo Vecchio, the headquarters of Florence’s Municipality, as well as numerous sculptures including Neptune’s Fountain by Ammannati. Make sure to keep those feet moving because the Ponte Vecchio (“old bridge”) is a famous Florence landmark not to be missed. The bridge stretches over to the Oltrarno district, which remains the most traditionally Florentine part of the old city center. There, you can visit the Pitti Palace, the last residence of the Medicis.

When the shops and other attractions close, Florentines take time out to eat. The award-winning Borgo San Jacopo offers Chef Beatrice Segoni, who provides la cucina Italiana and makes a conscious return to great Tuscan culinary traditions with seasonal menus of contemporary and classic dishes. The medley of fried squid, shrimp, zucchini, potatoes and carrots should not be missed; it’s been on the menu since 2004. At The Fusion Bar & Restaurant, a more modern twist combining Mediterranean ingredients with Japanese technique results in dishes such as Chianina sushi, foie gras sushi, miso soup with Gorgonzola and cannelloni beans, and beef tenderloin with sweet soy and ginger. The Fusion also features Italy’s first Japanese tearoom. While walking the streets of Florence, just sit down to a simple Tuscan meal of tomato stew followed by prime steak in a family-run trattoria, or splurge on one of the city’s classic gourmet restaurants or stylish designer eateries. Florence is known for its top-grade Chiantis, but you should make the acquaintance of other exquisite wines, too, such as the Vino Nobile di Montepulciano or Brunello di Montalcino.

Less than two hours by train from Florence is Rome, a popular destination in central Italy, but not too far from the coast. Today’s Rome is a vibrant, lively city with historic reminders at every turn. With ancient monuments, museums, Renaissance buildings and fountains at every turn, the capital of Italy also has some of the best cafes and restaurants around, plus nightlife that can keep you moving until the sun comes up.

The Hotel Palazzo Manfredi, recently renovated to warrant its five-star rating, is part of the Manfredi Fine Hotel Collection, owned by third-generation Italian counts. Nestled in the heart of ancient Rome, it is the only hotel located directly across from some of the city’s must-see ancient wonders: the Colosseum, the largest monument in existence from Imperial Rome; the Domus Aurea; San Clemente Church; and Nero’s Garden. Palazzo Manfredi is built atop original gladiator training grounds and is linked to the Colosseum by tunnel.

Treat yourself like a count and explore the city with Palazzo Manfredi’s Lamborghini Gallardo. Beware, though, that driving in Rome can throw you into a panic and is not for the faint of heart. Fortunately for shopaholics, the famous fashion district is in the city’s center, with boutiques such as Versace to Fendi and Gucci.

Check out The Pantheon, one of Italy’s best preserved ancient buildings, which began as a pagan temple and then became a church. If nearing dusk, the piazza in front of the Pantheon makes a nice place for a romantic evening drink. Rome is full of piazzas, and Piazza Navona is one of the more lively ones, surrounded by upscale cafes. At the center are three lavish fountains. The terrace of the new rooftop Aroma restaurant, which offers a gourmet Mediterranean menu with Roman style, looks right out over the whole of Imperial Rome. Other great eateries include Quinzi e Gabrieli, Assunta Madre and Girarrosto Toscano.

Also located in the heart of the city is the Piazza di Spagna, Rome’s centerpiece of light and space working in harmony. At the base of the square’s Spanish Steps, built in 1752 by architects Specchi and De Santis, sits the former residence of the English poet John Keats and, just above, Sir Lawrence Olivier’s one-time Roman abode. Nearby is the former villa of the Medici family of Florence, patrons of the Renaissance, now home to Rome’s most exclusive Hotel Hassler. Established in 1885, the hotel has been the refuge of choice for U.S. presidents Eisenhower and Kennedy, and stars like Elizabeth Taylor and Madonna (who booked two floors all for herself).

A leisurely walk over to the Capitoline Hill is well worth the effort, offering a wonderful view of the Forum, one of Rome’s most important archaeological sites. Long ago the focal point of Republican Rome, it has 900-year-old monuments. And a visit to this great city wouldn’t be complete with a visit to Vatican City to see Saint Peter’s Basilica, the largest Roman Catholic building in the world. Inside are works of great artists such as Michelangelo and Bernini. Although it is actually a separate city from Rome, Vatican City is a top destination for travelers in the area.

For those who must bring home a souvenir, in addition to all the exclusive boutiques on Via Condotti are many little shops dotting the streets, just beckoning visitors to spend some euros. So, as the saying goes, when in Rome….

The Isle of Capri’s natural beauty has long drawn visitors from emperors to bohemians to today’s day-trippers. The idyllic island in Italy’s Gulf of Naples showcases moonlit lemon groves, pristine grottos, gated villas, marinas and piazzas. Miles and miles of hiking trails along the island’s rugged west coast are virtually empty except for adventurous travelers. However, Capri offers many easy footpaths, such as the Via Krupp, Via del Pizzolungo and the Arco Naturale, a natural arch sculpted in the rocks. Once on this magical island, peace and solitude surround you…and you can just imagine Clark Gable watching Sophia Loren sing “You Wanna Be Americano” in a nightclub.

Capri is also famous for its shops and restaurants, including Il Geranio, Aurora, Da Paolino, Da Gemma and Monzù at Hotel Punta Tragara, with its stunning view over the Faraglioni rocks and the bay of Marina Piccola.

Hotel Caesar Augustus occupies a historic site that dates back to the 9th century A.D., and its restaurant, La Terrazza di Lucullo, is renowned for lowering its carbon footprint by its use of local ingredients. With access to the hotel’s own organic garden, Executive Chef Giuseppe Resta honors the “zero mile” philosophy using vegetables, herbs, spices and fruits grown onsite. Sample dishes made from these ingredients include buffalo mozzarella with tomato and basil sauce; ravioli alla Caprese; and le polpette di melanzane con salsa sciué sciué (eggplant balls and fresh tomato sauce). Lucky guests resting by the pool are offered tastes of the chef’s daily inspiration.

Near the Hotel Caesar Augustus is the world-famous Blue Grotto-a cavern set in the cliffs on the coastline of Capri where the water glows a fluorescent blue once inside the wall of the cave’s entrance. You can visit these blue caves on tiny wooden boats that tour the area. Or guests can enjoy the signature liquor of Capri with Limoncello tastings on the hotel’s terrace. Easy to peruse on foot or by car, the island also brims with historic villas, churches, indulgent shopping and fine restaurants. Other notable attractions to visit are the ancient Roman ruins of Villa Jovis on Mount Tiberio and the ruins of Monte Solaro in Anacapri (accessible by chairlift).

The easiest way to reach Capri is by flying into Naples airport and then taking a taxi to the harbor. From there, take a hydrofoil or ferry to Capri.

Whether you take a whirlwind one-week getaway or a leisurely, relaxing vacation, have a safe journey. Buon viaggio!