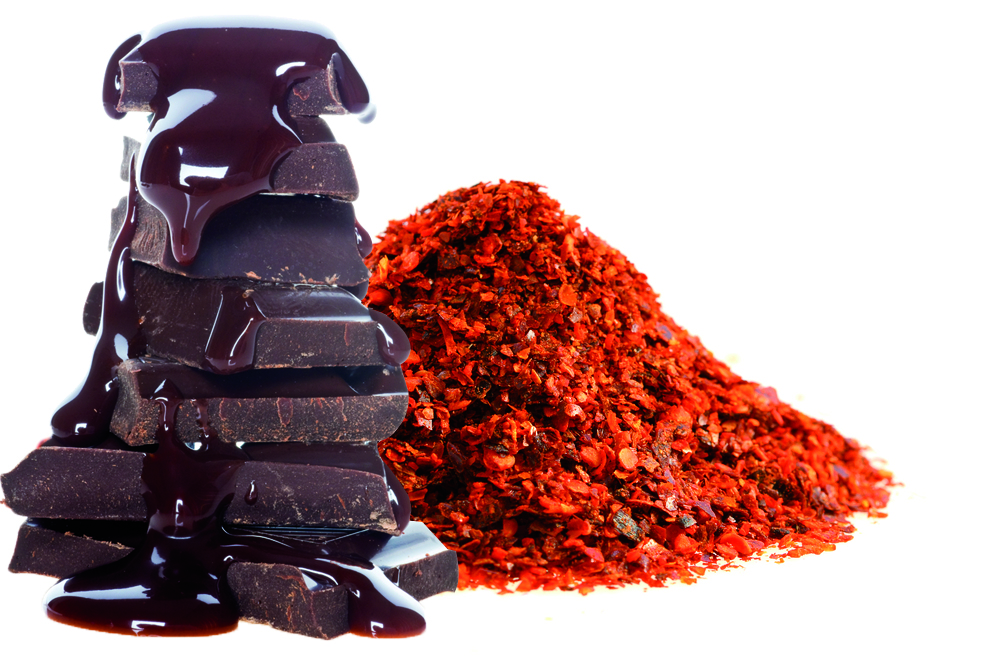 Honey: Honey may be sweet but not necessarily so innocent; it’s been said to assist both men and women in increasing sexual desire. Men metabolize the vitamins E and B that are found in honey to produce and maintain testosterone, an essential component of male sex drive, while women use a nutrient known as boron to assist the body in using and metabolizing the sexual hormone estrogen. Plus, honey appeals to the senses with its sweet scent and thick, silky texture.

Served Best: Create your own homemade honey butter that may be perfectly paired with biscuits. In a small bowl, cream ¼ of a cup of butter. Once completed, mix in ½ teaspoon of orange zest, and ½ teaspoon of honey, until light and fluffy.

Chocolate: Turns out there’s a reason chocolate is always found in abundance on Valentine’s Day – chocolate is known as one of the most natural aphrodisiacs around. The sexy secret ingredients found in this delicious food are phenylethylamine and serotonin, both of which are natural stimulants that can mimic the euphoric feeling of being in love.

Served Best: Melt chocolate and serve with fresh fruit as the perfect end to a romantic meal. Fine chocolates can be found at better stores and from specialty chocolatiers like Bernard Callebaut and Valrhona.

Figs: People have long believed that an open fig resembles the female sex organ, and many cultures have associated figs with fertility. Figs are an incredibly healthy fruit as well, packed with nutrients such as iron and potassium.

Served Best: Slice figs in half and drizzle with an equal amount of honey and scotch. Bake in oven set at 400 degrees for around 7-10 minutes. The end result is a satisfying and healthy dessert that will have you fall in love with this fascinating fruit.

Oysters: Oysters are one of the most well known aphrodisiacs. Oysters have a high concentration of zinc, which is thought to increase sexual potency in men. And while the hard evidence hasn’t been found yet, some shellfish, including oysters, have been found to contain certain properties that may be effective in producing sex hormones in both men and women.

Served Best: Simply raw, on the half shell, alongside your favorite sauce.