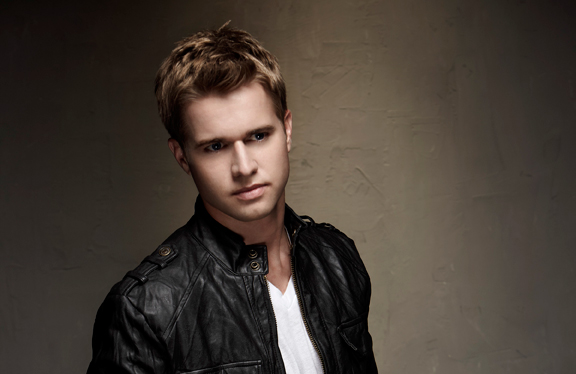 Blessed with a great physique and a face worthy of an Abercrombie and Fitch ad, Wayne frequently plays young high school or college-aged guys. But in reality, Wayne is approaching the big 3-0 and has already helped start a successful production company.

When he’s not working hard at acting or producing, Wayne can probably be found typing away on his Blackberry, playing with his two cats (Beara Grylls and Hetchy) or gearing up for his favorite, “magical holiday” – Christmas. And while he may be thriving in L.A., Wayne says he still hasn’t met people as nice as those from his home state of Oklahoma.

Runway Magazine: What has been your most challenging acting role to date?

Randy Wayne: Physically, it was Honey 2. I’m not a trained dancer, so the three weeks of choreography before shooting was difficult to say the least. Emotionally, it was To Save A Life. The film deals with teen suicide and bullying amongst a gamut of other issues that teens deal with on a daily basis.

R: Have you ever been recognized on the street by a fan? Was it awkward or kind of cool?

RW: Being recognized is always a cool thing. The tough part is when I’m having a rough day, I gotta buck up and put on that happy face. But getting recognized by To Save A Life fans is the best. The film is so touching and uplifting, the responses are always of appreciation for doing the film.

R: Do you have an interest in the fashion industry?

RW: I do. Style can define you. We all get that little excitement when we see something stylish.

R: We’ve seen you in a variety of fashion styles from sweater vests and suit coats to Ed Hardy shirts, and it looks like you’ve got an eye for fashion. How would you describe your style?

RW: I have a pretty laid-back style and I’ve kept it real low key for the most part. I’ve always been more into spending my money on vacations than anything else. However, I’m realizing that I need to start building up the wardrobe because those pictures are forever. That’s a tough thing for a celebrity as well – you can’t wear the same thing more than once. That sucks, that’s a whole new outfit every time we go out.

R: If you could be a fashion designer, what item would you want to be known for?

RW: Probably shoes or jeans. I have the hardest time finding both of these to fit how I like. I would make jeans for body types, not sizes. And as for shoes – holy cow, it’s hard to find good shoes. Period.

R: What character that you’ve played had the best wardrobe?

RW: I have yet to experience a good wardrobe. And let me tell you, I am the easiest actor to work with but when it comes to wardrobe I am a straight up diva. My characters may not have the best clothes but thanks to my bitching they turn out a lot better than they would have if I didn’t speak up.

R: Do you still play any sports?

RW: Yes, yes, yes. I’ve been in a couple of baseball leagues out here and I just competed in the Nautica Malibu Triathlon. I’ve run a marathon and I’m training for an ultramarathon – 31 miles! After that run, I’m going back to competing in Master’s swimming.

R: And finally, what’s one life lesson you want to pass onto our readers?

RW: Don’t ever let other people’s opinions define who you are or what you will become. Don’t give away your power!