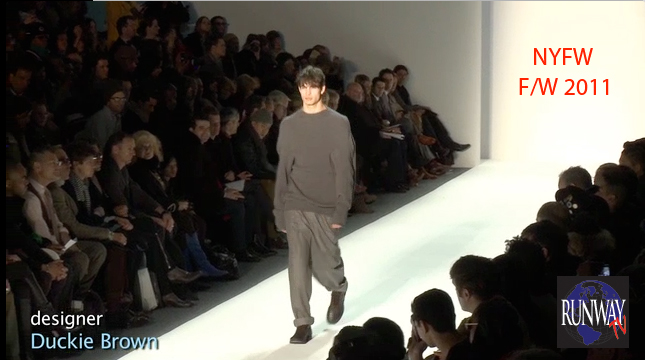 When the first model turned the corner at Duckie Brown, it was clear that designers Steven Cox and Daniel Silver were up to something. Present were the usual immaculate manoeuvrings of fabrics like tweed and wool; and the ”bespoke” elements that turn a sweater into a chic straightjacket and a pair of pants into much-improved harem trousers. I say bespoke here because Duckie Brown has a specific client, and they want that specificity from Duckie Brown. What was new was the unmistakable minimalism: muted tones, almost no accessories. But as we said before, we like less, a lot.

Produced by Philip Marcus for Runway TV.
Click on the Image to see the Entire Show!