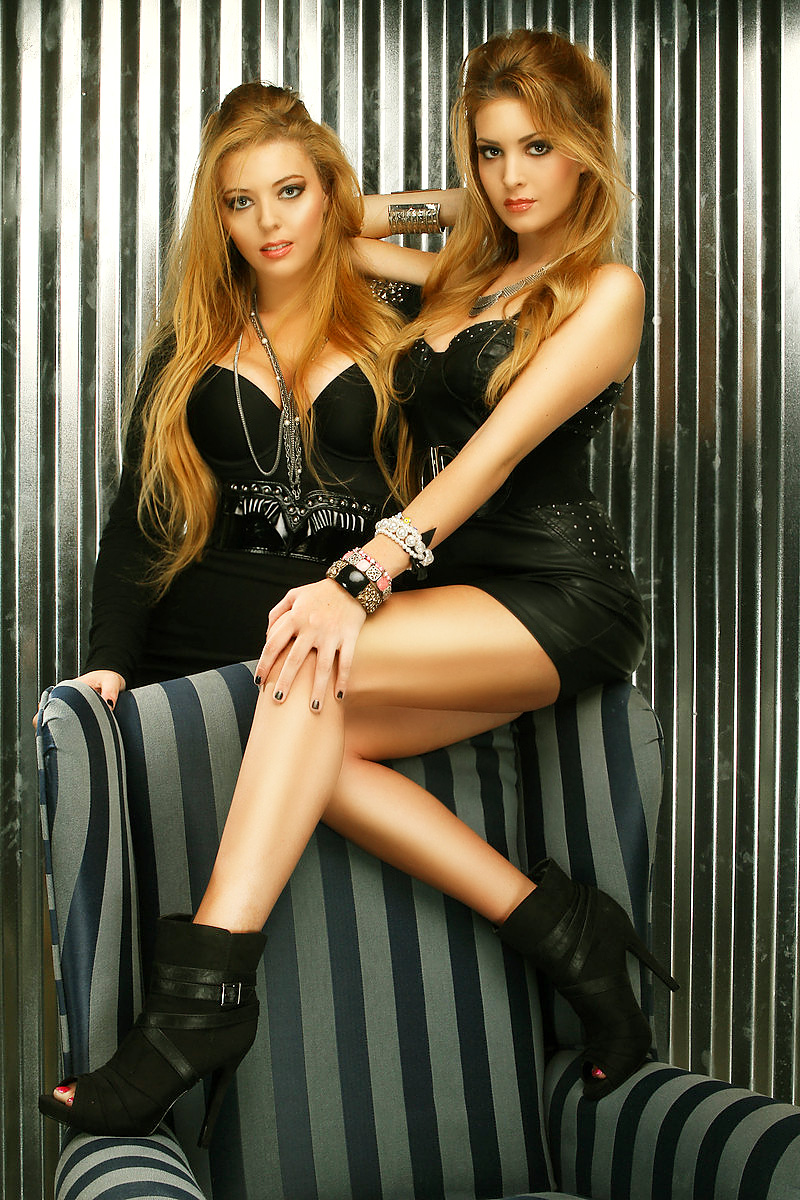 With captivating melodies, controversial lyrics and a sense of style all their own, its no wonder Official Hot Mess is taking the music industry by storm.

You may recognize this band from their pop/rock single “Welcome 2 LA” which was featured on such shows as MTV’s “The Hills,” “The City,” “The Jersey Shore,” “The Real World,” and “Keeping Up With The Kardashians,” and now Official Hot Mess has released another hit called “Money Makes the Girl$ Go Round,” proving they are a force to be reckoned with.

“Money Makes the Girl$ Go Round” has just been added to the rotation of “New Pop First” and has already been licensed by hit shows including “Keeping Up With The Kardashians,” “Gigantic” and “The Real L Word.” Official Hot Mess has most recently been selected as Clear Channel Radio and I Heart Radio’ “NEW! Artist to Watch” and “NEW! Recommended Artist” of the month.

We sat down with front women Kristy and Lindsey to discuss their latest single, fashion, and what’s behind the infamous name…OFFICIAL HOT MESS.

Tell us how you got the name “OFFICIAL HOT MESS”?
We call ourselves Official Hot Mess because it seems as though mischief and trouble always have a way of finding us!…Like the time we thought we were on a flight to L.A. and ended up in Puerto Rico. Or the time we accidentally set off the security alarms at the Vh1 building in NYC and ended up surrounded by police! Official Hot Mess is a spot-on description of the chaos and craziness that ensues when we, and the four wild and crazy guys in our band hit the road.

As sisters do you find you have a similar or different taste in fashion? What are some of your “go to” designers?
We each have our own unique sense of style. We like to wear fashions that suit our individual tastes and fit our personalities. We’d rather let our own opinions shine than conform to what others think is “trendy.” Some of our “go to” designers are Betsy Johnson, Guess, Gasoline Glamour, Rock and Republic and Wicked Threads.

Why do you think it’s important to incorporate fashion in to music?
Just like our songs express our feelings…fashion is a form of expression as well!

In your opinion, what is the hottest trend this season?
We’re obsessed with Spirit Hoods!! They’re super cute, comfy and cuddly! Plus, when you purchase a Spirit Hood you are automatically donating a portion of proceeds to help fund a Non-Profit Organization dedicated to helping your particular animal. We’re vegetarians, major animal rights activists, and supporters of PETA, so combining fashion and philanthropy is an A+ in our book! 🙂