Home ENTERTAINMENT Shake it up with Chris Trousdale 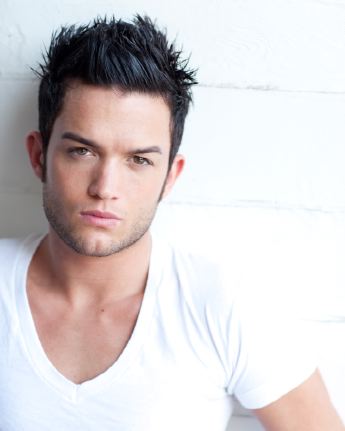 Best known as a member of the popular boy band, Dream Street alongside Jesse McCartney as well as for his duets with girl group Play, (rendition of “I’m Gonna Make You Love Me”) and solo artist Nikki Cleary (remake of the Grease track “You’re the One that I Want”), Chris Trousdale is now taking his captivating singing, dancing, and acting skills and showcasing them on the small screen in a role on the popular Disney show “Shake It Up.”

Chris plays “Teen ‘It’ Boy” Justin Starr, who makes girl’s hearts melt every time he sings a note (think Justin Bieber). Justin likes to think of himself as a “normal regular kid”; a regular kid who’s sold ten million albums, had a sold out concert tour and even his own lunch box, but there’s more behind his mega-watt smile than meets the eye.
In addition to his appearance on “Shake It Up,” Chris is currently recording a self-titled, dance/pop album due out later this year.

We sat down with this triplethreat to discuss his boy band days, new music, and of course, fashion.

You play Pop Star Justin Starr on “Shake It Up.” Were you able to draw from your own experiences as an artist for this role?

Most definitely! I took a lot of my experiences from Dreamstreet and used them in this role. Rocky (Zendaya) and Cece (Bella Thorne) played diehard fans which reminded me of my fans. The girls were very convincing during shooting, it made it very easy to play off them.

We hear you’re in studio recording a new album! What type of music can we expect?

I love an album that makes you want to dance but also has some songs that can help get you through those difficult times, so it’ll definitely have all that. My new album will have a pop and R&B feel.

Tell us about your fashion style. Are you laid back, like to dress up?

I’m a guy who wears sweats on the weekend, but normally am well put together. I’m always switching up my style, from hipster to rocke,r to euro prep, and I even love creative recs and supras for a hip-hop look.

Who are your top 3 favorite designers, and why?

Keanan Duffty is amazing! He’s got a rock & roll edge that I love! Another is Michael Bastian, who makes awesome outerwear, coats and cool trenches. Zara! That’s a brand I can always go to and know I’ll find something sick and sophisticated, and I can get my popstar look on.

How do you feel music comes together with fashion?

Music and fashion go hand and hand! Music is an art form that can change anyone’s vibe. Fashion does the same thing only it’s a visual, so together they’re a force to be reckoned with.