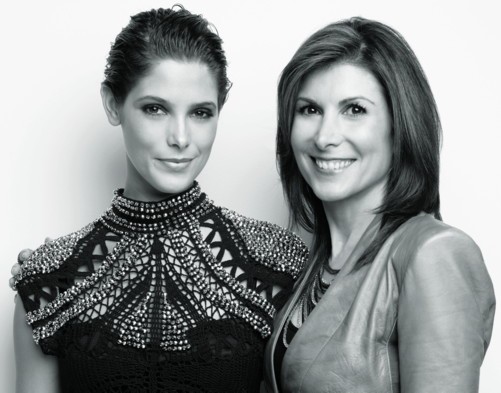 The youth-focused boutique brand of Avon announced that it has signed Hollywood’s “it girl” of the moment,Ashley Greene, as the spokesmodel replacement for Lauren Conrad — whose contract just ended.“Mark has been on my radar not only because of their great fashion and beauty products, but because the brand inspires young women to feel beautiful inside and out. Through this partnership, I’m looking forward to empowering young women to feel confident, pursue their dreams and make their mark in the world, just like I’m making mine,” said Greene.Fashion photographer Patrick Demarchelier will shoot the “Twilight” star for print and online advertising that will debut this fall, and Greene will also appear in the brand’s philanthropic campaigns on ending dating and domestic violence against young women. Word is, the 23 year-old actress was tapped in part due to her own charity work empowering young women through organizations like DonateMyDress.org, which encourages girls to donate their dresses to others who can’t afford a gown for milestone events such as proms, sweet sixteens and quinceañeras.But playing makeup cover girl isn’t the only thing the busy actress has on her plate. Greene is set to star in up to six films through 2011, with the June 30th premiere of “The Twilight Saga: Eclipse,” first up. Other projects include a lead spot in Warner Bros’ “The Apparition,” the comedy “Butter,” an indie flick “Skateland,” and yet another notch in the series that made her famous, “The Twilight Saga: Breaking Dawn.”