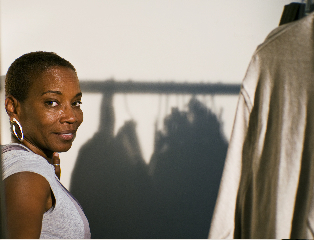 Meet the head costume designer for The CW hit TV series The Vampire Diaries, Jennifer Bryan. This creative genius got her start on Broadway before getting the opportunity to work as costume supervisor on the highly regarded film “Goodfellas.” Jennifer’s attention to detail caught the eyes of a number of filmmakers including Director Martin Scorsese and as a result Jennifer’s excellent craftsmanship she has since worked on over 20 films.

Jennifer’s talents as a costume design have also made a stylistic impact on television. She designed for James Cameron’s cult series “Dark Angel,” which starred Jessica Alba. Among her other television credits are “Northshore” and “The Agency.” In addition, she designed NBC’s popular “Las Vegas” where she created looks for A-list actors Josh Duhamel, Molly Sims, Cheryl Ladd and James Caan.

Now, Jennifer is getting rave reviews for her most recent work on the CW series “The Vampire Diaries.” From young, hip, ahead-of the-curve styles, to accurate 18th century period costumes, Jennifer is showing her talents and setting trends, week after week.

Runway sat down with Jennifer to discuss her fashion icons, favorite costumes and the thought process behind each one of her designs.

Tell us about your fashion icons. Who are they and why?
Two names snap to mind; Vivienne Westwood and Jean Paul Gaultier. Vivienne for making the early torn and tattered punk influence in fashion at all levels and her use of traditional Scottish tartans in those sick, sick, sick peplum suits. You had to take an elevator to wear her platform shoes- ask Naomi Campbell! I love the fun, yet architectural approach to her designs. Jean Paul is an icon because he takes to his clothes and in his case, the non-traditional materials he incorporates, in his designs. His last runway show featured a denim jacket with double waistbands, and palm fronds on the rest of the collection. I loved it all.

Give us some insight on why you design what you do for each character on the show.
On “The Vampire Diaries” my designs and costumes for the actors are definitely driven by the character that each actors plays. The clothes shouldn’t distract you but subliminally reinforce the character for both the actor and the viewer. On the practical side of what I do, I have to be aware of what’s going to unfold in the episode by prepping so that the clothes are appropriate. For the character Elena, I keep her look clean and simple; jeans and a scoop neck top is something I like put her in. On the other hand, Caroline is your cheery cheerleader so I dress her in miniskirts, flats and I recently teamed up her miniskirt with patterned thigh high socks and a denim jacket.

What is the best part about your job?
I love watching the episodes to see how everything comes into play with the costumes, characters, and surroundings.

What top 5 movies or TV shows do you think had the best costumes? Why?
I have to admit I don’t get to watch as much TV and movies as I’d like, but I do have some favorites including “The Book Of Eli,” which I loved the monochromatic palette and adaptive use of apocalyptic clothes by designer Sharen Davis. The costumes were fantastic! I also enjoy “Mad Men’s” costumes because they portray a sexed up version of the 60s and the look really works for the show. I was fascinated by “Avatar” because of the delightful fantasy of color and was glad that for “Sherlock Holmes” the costume designers didn’t put Robert Downey in that cap and pipe thing. Now my all time favorite, even though it’s not a current movie, would have to be Audrey Hepburn’s outfit in “Breakfast at Tiffany’s” where she has on a Givenchy’s LBD with the stacks of pearls, black gloves, and tiara. It’s such a timeless look!