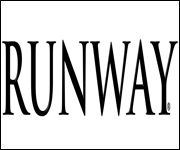 The São Paulo Fashion Week (SPFW) is a fashion event, held at Ibirapuera Park, in São Paulo. It began in 1996, when the event was known as Morumbi Fashion Brazil. It won the current name in January 2001. Today, the event is the most important fashion show in Latin America and appears among the major fashion weeks in the world, along with Paris, Milan, New York and London. Besides structuring the whole textile industry of the country, the event has been marked by campaigns for hunger, for the prevention of cancer and Aids, recycling of waste, education and more recently celebrated the centenary ofJapanese diaspora to Brazil