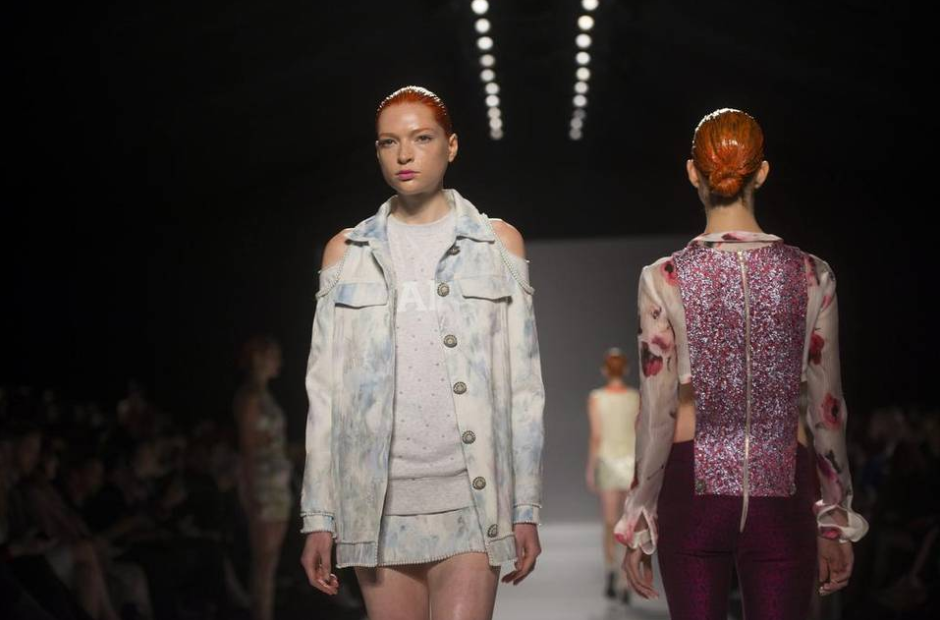 Models walk the runway in the Mikhael Kale show during Fashion Week in Toronto on Monday, Oct. 19, 2015.

TORONTO — There’s no shortage of events on the global style calendar, but international designers heading to Toronto’s World MasterCard Fashion Week see Canada as a market ripe for sales and brand exposure.

“Fashion in Canada is relatively new, and there’s just so much opportunity here to build a brand, to build a business to be successful,” said Carolyn Quinn, director of IMG Fashion Events & Properties.

“We’re certainly not as big as the U.S. market, but I think that we’re an important market,” added Quinn, “and I think that Canadians are very open to new designers, whether they be international (or) Canadian.”

Weeks following the Fashion Festival in Sydney, Australians will be taking centre stage on the Toronto catwalk with the debut of a showcase dedicated to one country’s designers.

Toronto boutique Convey will be hosting the Aussie Takeover showcase on Tuesday featuring a select group of designers from Down Under, including contemporary label Serpent and the Swan, and womenswear brand Casper and Pearl.

Illias Swimwear founder Emily Hogan will be making her first-ever journey to Canada to have her designs featured in the presentation. But after less than a year in business, she’s already been receiving support from clients in North America, with the U.S. and Canada ranking behind her native Australia in online orders.

Despite the strength of her e-commerce business, Hogan said she recognizes the advantage of having an in-store experience for customers. Beyond Canada, she has aspirations to have her designs carried in sun destinations like Miami, Hawaii and Bali, Indonesia, where her line is produced.

“I think it would be silly not to be thinking globally because we have such powerful resources that can connect bridges that would have been a lot more challenging to connect in the past,” Hogan said in a phone interview from Melbourne.

“With where the Internet is and social media, it opens the market up so much bigger than just staying within Australia.”

Seoul-based Hong Kiyoung, who launched his luxury streetwear label in 2009, is also coming to Toronto and has steadily grown his global business with stores carrying his clothes in Hong Kong, China, Tokyo, Milan, London and the U.S.

The designer’s creations are also sold in Vancouver, where he has previously presented on the runway. Despite the vast size of the Korean market, he said he was looking forward to once again showing in Canada, which offers a contrast to the more celebrity-driven fashion week in his homeland.

“They know the value of my brand,” Kiyoung said of The Collections, the Toronto-based firm which supports emerging designers and will present his latest collection.

Sid Neigum was among four winners of the DHL Exported program, giving the Alberta-born, Toronto-based designer the chance to present his two upcoming collections in London, she said.

“I think it’s also important — because fashion is global — that we have an outside presence and that we’re promoting our designers internationally.”